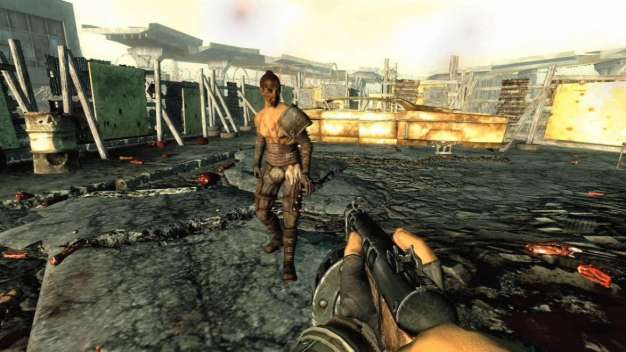 The Official Xbox Magazine has the skinny on Fallout 3‘s second round of downloadable content, The Pitt, which will have your wasteland wanderer rubbing shoulders with the Raiders. No hard feelings for leaving your buddies blown to pieces and stripped naked for the moles rats to munch on, right fellas?

Set in Pittsburgh’s steel-making industrial district, The Pitt consists of a large dungeon area, an abandoned steel yard, and a settlement divided between slaves and masters. For the first time players will actually interact with Raiders, with one major quest requiring you to go undercover as a slave to investigate rumors that the Raider boss has found a cure for mutation.

Hopefully The Pitt, which is described by OXM as a “stunning dystopia that’s unlike any other area in Fallout 3‘s world,” is more than Paradise Falls meets Mad Max. And hopefully it will last a little longer than Operation Anchorage. The side quests, which will garner new items, armor and weapons, like the aptly-named Auto Axe, should at least make fighting in the battle area worth the price of admission.