Well, unless you’ve been having a very hard time trying to live under a post apocalyptic rock, you’ll have heard that Far Cry: New Dawn is among us. Developed for us all by Ubisoft Montreal and published by Ubisoft. This team collaboration has dropped bombs and delivered an epic narrative sequel to Far Cry 5.

Far Cry: New Dawn is a first person shooter, action adventure, set in the mad post-apocalyptic fictional Hope County, Montana. Seventeen years post world-wide nuclear devastation [FC5], the landscape is now an overrun “super-bloom” of plant hype. You arrive as the Captain, head of security for Thomas Rush, to gather survivors and help their aid against the Highwaymen. All while helping the survivors to improve their Homebase, aptly named, Prosperity. 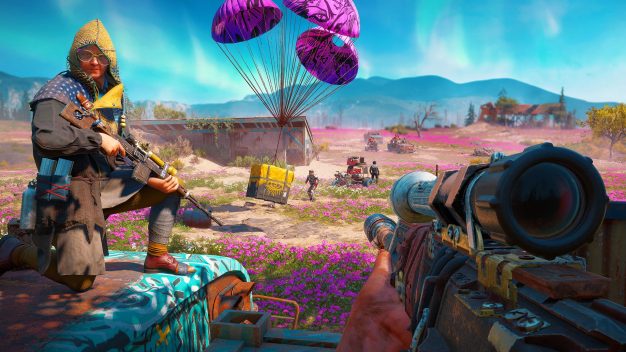 Along with the new retinal splendour of the landscape comes some fresh faces: the Twins, Mickey and Lou. Two ruthless ladies with a don’t care how attitude, who’ve come to know little more than their reality and the ill-starred swine who curb to them. With the community needing to be rebuilt in order to survive the threat of the Highwaymen and The Twins, an alliance is forged with New Eden – leftovers from Eden Gate. This poses new threats and dangers for the community of Prosperity, and the future hope of its survivors. 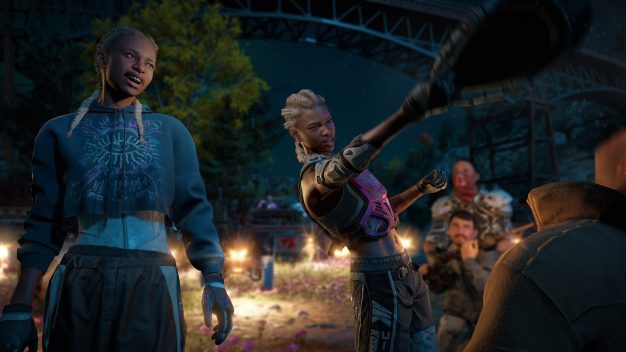 Far Cry: New Dawn poses new threats in a refreshed landscape. There are equally new characters, fresh faces, and also some familiar rehashings. These can be seen in the Guns for Hire [human survivors] and the Fangs for Hire [animals] systems from Far Cry 5. Also, the Hope County mapping system is a remodel from Far Cry 5. But with these hints of similarities you can expect from the series design blends come some features that will change up how you think you will play. 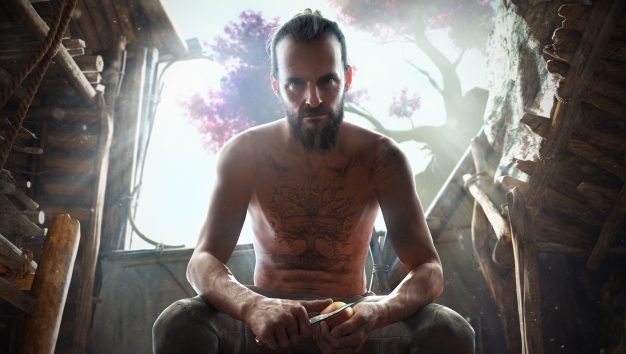 Far Cry: New Dawn introduces new crafting elements and new weapons, as well as introducing RPG components. This new RPG aspect changes the complete play style from what you’ve come to know from Far Cry 5. To get further ahead in the game, time needs to be allocated to scavenging materials for weapons crafting. Scavenging means you can build up the defences of the base, to then craft better weapons, to then take out higher ranked enemies. Yep, there’s a ranking system. This brings about a real need to scavenge and locate new resources. As such, expedition [snatch-and-grab] missions have been introduced to help get you these resources, quickly. 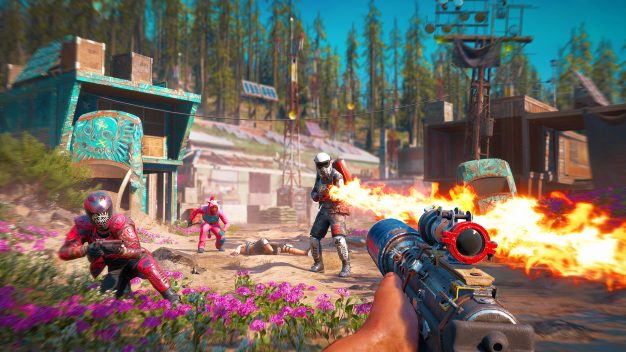 Far Cry: New Dawn is available in the following editions:

Far Cry: New Dawn is available on Xbox One, Xbox One X, PlayStation 4, and Windows PC, and is rated M for Mature.