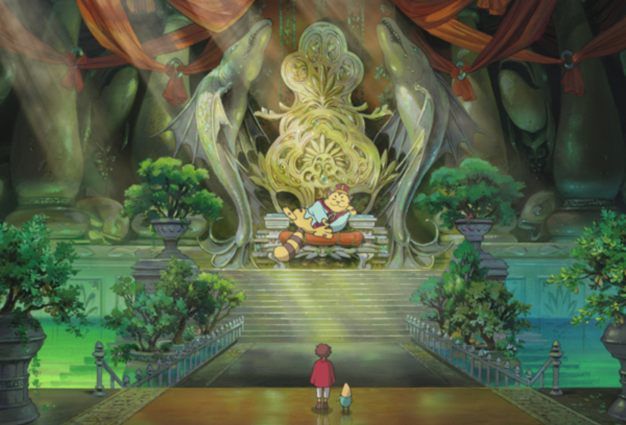 Now that I am a jaded an cynical adult the animated movies of my childhood don’t really inspire the same wonder and awe that they use to. In fact, while I enjoy almost anything animated the only films that truly get my inner child cranking are those by Hayao Miyazaki’s Studio Ghibli. His artwork and imaginative worlds are literally the best around and just the idea of Studio Ghibli working on a game is enough to make me melt with delight. So when it was announced that they were working on one called Ninokuni (The Another World) with Level-5 for the Nintendo DS and another unspecified system I had to do everything in my power to hold myself together.

Recently Level-5 held a press conference over in Japan and released a plethora of screens, some of which pertain to Ninokuni itself and show off a bit of what is going into the game. You can check them out here and see how well the artwork is looking.

We haven’t discussed Ninokuni much here so to fill you in: the game’s animations will all be done by Studio Ghibli, it will be coming packaged with a “Magic Master” book that the character in the game has too (shots in the galleries), the console and the DS version will be different. Right now it is being listed as an adventure game, which would fit nicely with Ghibli’s style and be a real treat for DS owners as we know Level-5 can put out quality adventure games. No word on how the book will actually come into play or if it’s just a pretty companion, but either way it’s an interesting object to come packed with a game.