There are a few misconceptions that are often made about games. One of the worst of these is that if something is bright and colourful it’s probably for kids; small ones. This is a really dangerous assumption to be making because what you’re saying is that if it looks like a kids game not only will it be such but that it will also be really easy. You’re an adult right? Well that doesn’t stop nine year olds playing and being good at GTA 5 so it shouldn’t mean you aren’t going to get a whoopin’ from a game that looks like it was made for pre-schoolers. This pointless little tirade brings me to Forest Home, a puzzler due for Switch release come June 20th.

To put things really simply, something has gone wrong in the forest. The animals are lost and it’s up to you to guide them home. Sounds simple enough right? This is where the kicker comes in. This game has a lot of puzzles to master ranging from so easy you’ll be able to complete them with your eyes closed to just lobotomise yourself now and be done with it. This colourful game with simplistic controls and a warm fuzzy theme might just be about to ruin your day. In a good way. 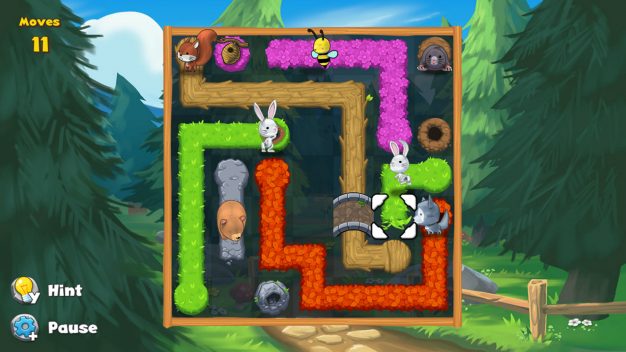 The gameplay itself is simple. All you need to do is draw paths for your little forest friends to follow until they reach safety. This will see them navigating bridges, avoiding obstacles and eating food as they go. You’ll also find challenging boss levels wrapped into the mix which will involve the game’s antagonist, a certain mischievous goblin.

As well as being plentiful levels are also diverse and you are invited to explore a total of eight different forests ranging from deep woods to mangrove swamps. We all like collecting things right? Well to add to the fun you’ll get a scrapbook to fill with loads of unlockables and secret rewards. If a thousand plus puzzles aren’t enough to keep you going this certainly should. 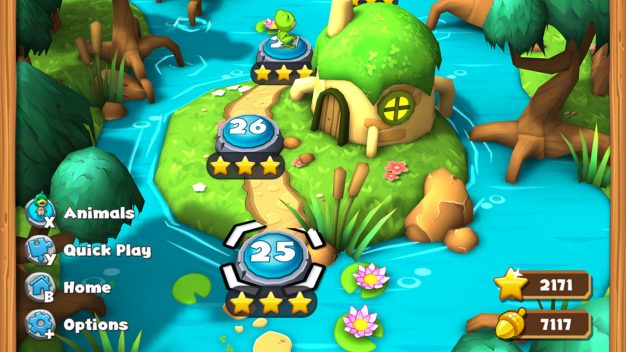 Forest Home has also been optimised for Switch players. This will give you new puzzle layouts and a re-worked campaign with rewards specially designed for users of the console. This is essentially a mobile port which means that the game naturally suits your Switch handheld for play on the go.

Something else that’s been added which I think is really cool are new colour blind modes. These are designed to help those of you with Protanopia, Deuteranopia and Tritanopia. The fact that the devs are thinking this way is something to be noted and admired. 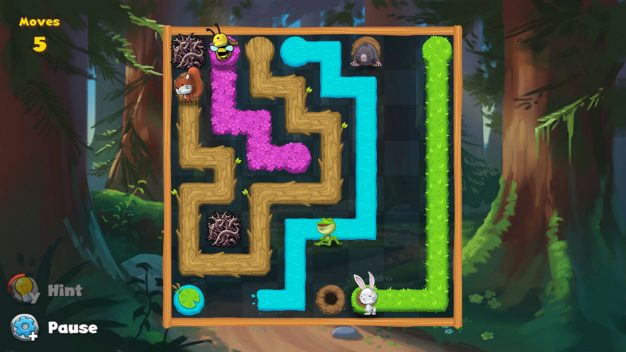 If you want to get your mitts on Forest Home try and get in there during the first week of release. European and American players will be able to get a 20% discount on the game during this time. Forest Home will normally be selling for $14.99 but for the early birds out there it’ll be $11.99; which is a bargain when you consider the amount of content you’re being given for your money. Those of you who like brain teasers might have just found a new way to frustrate yourselves.