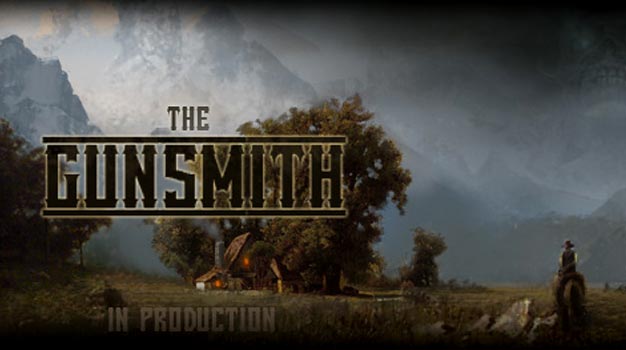 Haven’t heard of Fractiv? That’s not surprise as they haven’t made a game yet (well, not unless you count their iDevice project Lane Splitter). This is the team that was working on Project Offset, a first-person fantasy game that was cancelled earlier this year by Intel.

The team aren’t having much trouble getting over it; they’ve moved onto their next game, a western RPG. Sam McGrath, developer founder announced the project to Big Download, saying: “The main project we have in the works right now is much bigger, though: an action RPG style game with a Western vibe tentatively titled The Gunsmith. I say Western vibe, but there’s some mysterious fantasy elements that work their way into the game, too. We’ve been making great progress and we’ll be updating our site with screenshots and videos of the game once we have something ready to show.”

Sounds pretty exciting, we know we’re ready for more wacky western twists after Red Dead Redemption‘s Undead Nightmare pack: “We are not actively looking for a publisher at this time. We are not announcing our target platforms for The Gunsmith yet.” Although the team’s experience with PC development does drop a good hint about where it might end up.

“You can expect it to be released some time next year,” McGrath added, “but we are not committing to any firm release dates yet, as the project is still in its fairly early stages.”

What we do know is that the game won’t use the same tech as Project Offset as Intel owns it: “All of the Offset related stuff we developed prior to and during our stay Intel remains property of Intel. Prior to leaving and for a couple months after setting up fractiv, we were working with some good guys over there to set up a contract which would have allowed us to use the engine and continue development of the game. We were pretty excited about it, and even though development of the game wouldn’t have continued right away, it would have been one of our long term goals as a company. Unfortunately, things fell through and despite some people’s best efforts (on both sides), we didn’t get the contract we wanted.”