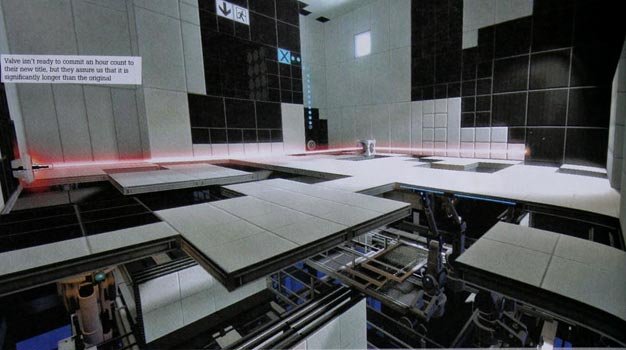 Gabe Newell is one of the best interviews in the entire business, and this week’s GDC means Valve’s head honcho has plenty of podiums to stand on to say whatever he wants, and that’s fine by us. Thankfully, he likes to talk, when he does, so he recently took a seat and had a little chit-chat about the newly announced Portal 2. When asked how he would respond to someone wondering if a full fledged Portal game would be worth the wait and money, he said he would reply with, “Oh Portal 2‘s great. It’s the best game we’ve ever done.”

Before you start to contemplate that statement too much, there is one more tidbit of interest in the interview. When asked for any new piece of information about the game that he would be willing to share, Newell said, “Jonathan Coulton [Portal “Still Alive” theme song creator] is awesome — he’s just brilliant; he’s a joy to work with.”

Given that Still Alive is such a integral part to the entire Portal experience, not having Coulton return for another little jingle (or more?) would’ve been disappointing.