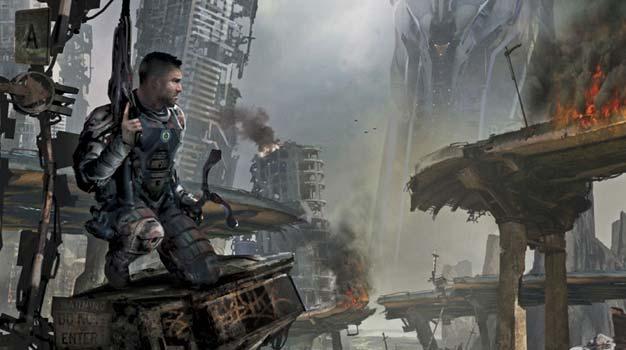 id Software have been surprisingly secretive about their latest title, Rage, since it was announced at QuakeCon in August 2007. Little is known so far, apart from it’s a Mad Max inspired racer/shooter for the Xbox 360, PS3 and PC. However, Game Informer have got themselves some exclusive info and screenshots, which are due to be unveiled in their August issue.

The cover art (full shot below) may not look particularly Mad Maxy, but it definitely captures a desolate, ruined landscape reminiscent of fellow post-apocalyptic favourite, Fallout 3. Also, the Dark Sector-style boomerang reminds us of this fantastic scene from Mad Max 2. 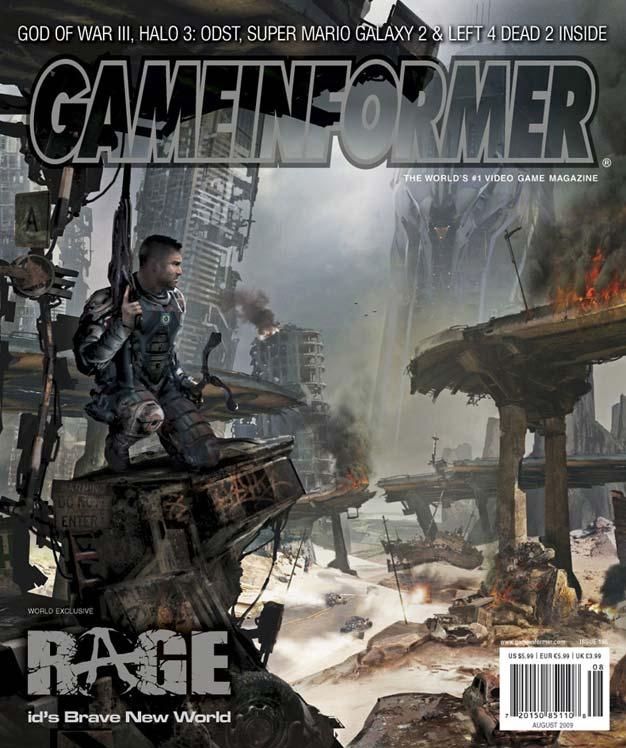