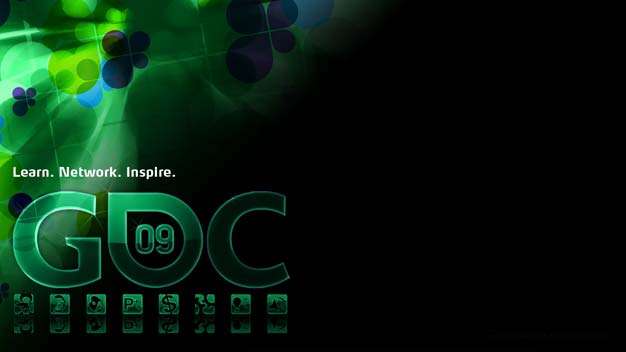 Oh man… oh man… oh man. So I’m guessing you all saw that little Raiden picture from the Kojima keynote, and that was pretty cool. Not shocking but still pretty cool. That’s not why I’m saying “oh man” a lot, though.

I’m saying it because oh man am I exhausted. This is like facing the pains of a harsh ten mile jog, but drawn out in slow motion over the span of a week, feeling each individual muscle cave under the pressures as time goes on. Oh, I just felt another one. Disability, please.

Today was a crunched day. We had to work some stuff around so that I would be sure to see Kojima talk his talk. It was an entertaining one, where he explains the hurdles that he had to jump or get around in the making of each Metal Gear game that was not on the PSP. Overall, it was a good presentation, but not great. It was really analogous to any hurdle in life, and he just made it specific to videogames. What I found interesting was actually toward the end, and not the little picture of Raiden. I was interested when he distinguished the “old” design style of his, where the director makes all design decisions and technology, etc, works toward achieving those “missions” as he called them. The new, and more typically Western, method involves using software technology to solve design walls and hurdles. His aim, he says, is to combine the two philosophies and get the best of both worlds. I hope he pulls it off. The man is probably the most successful designer who is quite literally just as brilliant as he is mad with bad decisions.

He also made almost-funny jokes about his cutscenes. After calling the PS3 a system rumored to be a “monster” machine, he later said of MGS4 that “With a monster console came monster cutscenes,” which made for some laughter, and then he would say “You’re supposed to laugh more! I’m talking about my cutscenes!” That amused me. 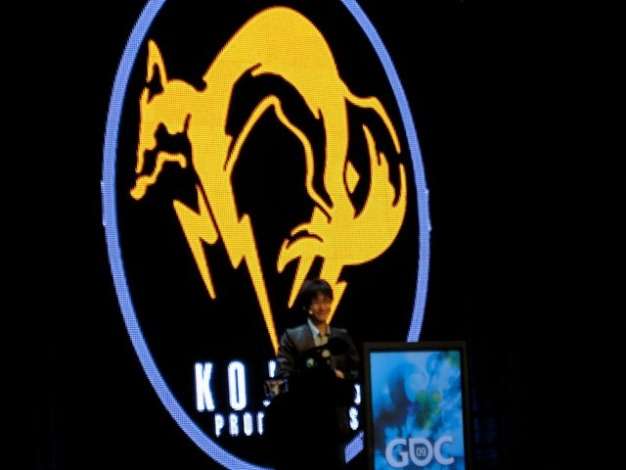 Then I checked out TimeGate’s Section 8 multiplayer. If you like the Tribes series of multiplayer shooters, you’re probably going to find a lot to like in this game. You have deployable units and items, a jetpack, a sprint mode, and weapons stations that can stock you quickly and conveniently. It was all standard fare except for two things: First, you can respawn anywhere that’s not in a certain range of the enemy base, and Second, Dynamic Combat Missions (DCM). The respawn was neat because there was no waiting around and it has a stylish animation to it. The DCM, which was unfortunately not on display, has some promise. Basically, the game will generate scenarios within a battle. So you can be duking it out for the main battle objective, when a DCM rolls along saying an enemy side’s general is coming through the area and it’s up to you guys to assassinate him. The other team, of course, will get the objective to protect him. It’s like subplots within multiplayer matches. The idea sounded crazy enough to actually work, and I hope it does. More stuff like that couldn’t hurt.

NDoors showed a few of us a presentation of Atlantica Online and its handful of updates. Looks like a solid update with some new content that’s sure to please fans. A new mercenary, some new areas, new PvP aspects and with that, some new items. All this new content is sure to please. What I was really intrigued about, though, was their revealing of a new little game called Wonder King. Soak in this phrase: a 2D side scrolling MMO RPG. Got it? I don’t, and I can’t wait to see this game. The characters are anime-typical, and the music was a form of hard rock and goofiness. They mentioned some of its features, but didn’t go into detail, except that apparently you will be able to deviate from your originally chosen class. I’m curious, don’t know about the rest of yous. Yeah I wrote yous on purpose, wanna fight about it?

I already talked about the engines. Look below.

And I capped the day off with a demo of The Conduit. I have to say… the game does look sharp for a Wii game. I think it’s still abundantly clear that the machine has its limitations, but on the whole it’s a great effort. Surprisingly, they showed me that this game is ridiculously customizable. Don’t like the layout? Change it however you want. Don’t like the dead zone on the motion aiming? Change it. Don’t like the view range vertically? Change it. Don’t like the HUD? Hide it. It’s all customizable. So much so, in fact, that I’m jarred by it still. It’s almost like the designers chose not to spell out the parameters that would make the game as good as possible. But at the same time, are these the kinds of aspects that make or break a game? I mean who cares what button you press to fire? Who cares how high you can look up or how fast you can aim? Unless the map has unfinished textures directly above and below you, what’s the big deal? It’s interesting to me, but probably not really that big a deal. As I said, the game looks cool. As an added bonus, they told me the story is getting a lot of attention (though they’re apparently trying NOT to take the Half-Life approach, except for the sense of mystery in the setting). And that sense of mystery pervaded the presentation. They want this game to grow into its own IP and have more games come about. Can they do it? It’s possible, yeah. I can’t really give you any more precise a “prediction” than that.

And that was day four! I want to take this moment to thank my fellow writers for helping me cover this massive and momentous event. I wouldn’t have been able to do it lacking even just one of you. Cheers to them, readers! 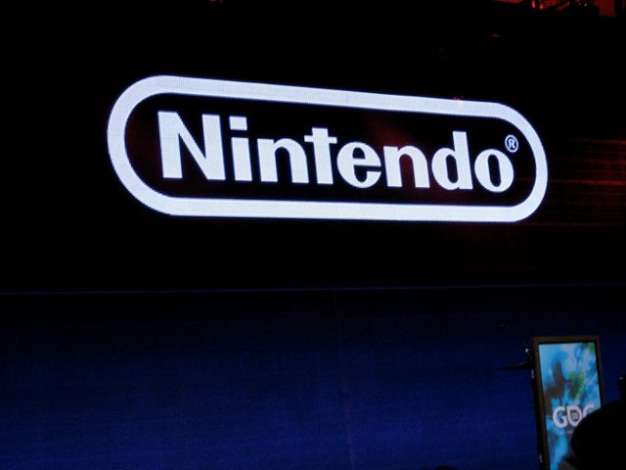 Tomorrow’s BIG. I want to spill the beans SO BAD but I’m going to pipe up. I hope you like it. I really really do.