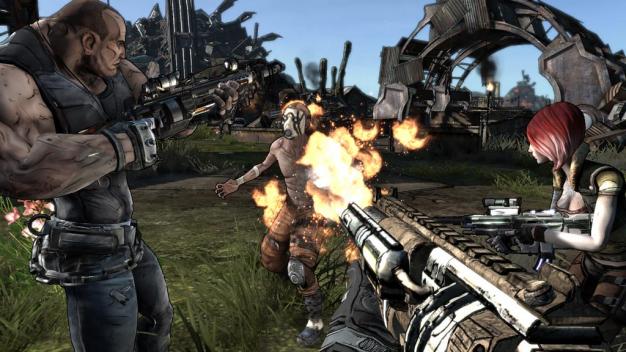 Releasing something fresh and new is always risky, but especially so during the lead up to the holiday season which is when established brands tend to take up a lot of consumer attention. Add to that an economy that’s not in the best shape and anything new and unproven has a few reasons to worry. Gearbox’s CEO Randy Pitchford takes that a step further and admits he is “totally terrified” over the upcoming late-October release of their cel-shaded beauty Borderlands. “We’re taking a big risk here,” Pitchford said, “[..] and it’s with an original brand too, so this is even more risky.”

But he thinks it’s a risk worth taking because “if we always do the same stuff we don’t push ourselves forward anymore,” plus gamers who play a lot of the games out there are “begging for fresh stuff.”

So he has the right attitude. Whether or not it will pay off is another matter but we here at TVGB are certainly rooting for it. And with a number of big heavy hitters like Splinter Cell: Conviction, BioShock 2, Max Payne 3 and Red Steel 2 getting delayed to 2010, apparently so are the gaming gods.