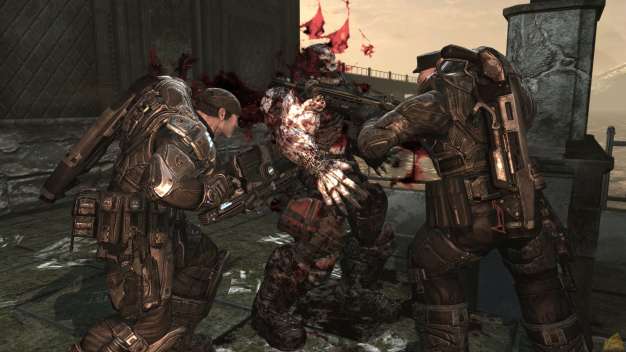 At this years Comic Con in New York City Gears of War 2 writer Josh Ortega made a comment that Epic had a ten year plan in place for the Gears of War franchise. This of course lead to synchronized chest bumps from the testosterone fueled fanbase. Unfortunately Ortega spoke a little too prematurely about the longevity of Gears. The vice president of Epic Mark Rein told VG247 that no such plan is in the making.

“No, we do not. In this industry you can’t plan games very far in advance. We appreciate the enthusiasm Josh has for our franchise but we don’t have a ten-year plan. We always have ideas of where we’d like it to go but it’s determined on a game-by-game basis and ultimately by fan support. Our focus right now is supporting the Gears of War 2 game and community,” said Rein.

Currently Epic is working on a title update for Gears of War 2. After that is complete, it will begin work on another title update. Don’t feel too bad about this news. Gears of War makes a ton of money and it’s very likely we’ll see another sequel or prequel sometime in the future.