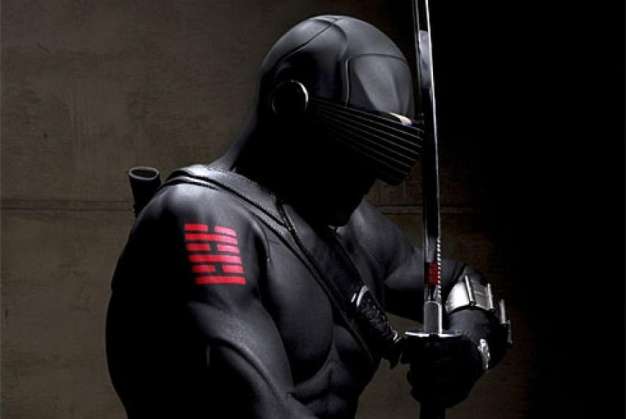 EA has announced that they will be releasing a G.I. Joe game to correspond with the upcoming movie. You know, the one that looks far more Neo than Joe from the trailers we’ve seen. The game itself reeks of movie tie-in money grabbing to us, but that may just be because, much like Transformers, G.I. Joe was actually created to sell stuff to us. EA will be debuting the game at the Toy Fair in NYC next week at Hasbro’s booth. The game picks-up where the film left off and will offer players the chance to “re-create and re-live the greatest moments from the film, cartoon series and action figure toy line.” Not so sure what the storyline of the action figures was, all i can remember was shooting plastic darts at members of COBRA.

It sounds like the game, which has both single player and split-screen co-op, will be based around using the different G.I. Joe characters unique skills to beat levels, which will most likely be based around exploding stuff and shooting people. There will be 12 characters to play with from the film and cartoon and each will have different abilities. Much like most movie tie-ins the game will be coming out for every system under the sun at the same time as the film.