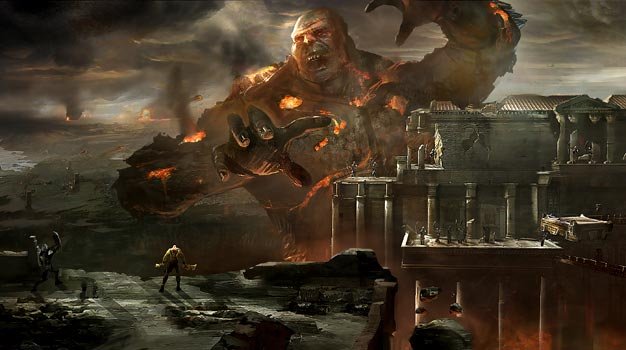 Game director Stig Asmussen has told GamePro that downloadable content in the form of additional challenge rooms makes a lot of sense for God of War III and that it’s something we may well see after the game releases next March. “… maybe you’ll see the game ship with a certain amount of challenges on it, then later on, we might put a download pack out with new challenges. It’s a good way to keep the series going,” he said and added that the new mechanics in GoW3 will allow them to experiment with different challenges, “For example, now that you have creatures you can ride, maybe we’ll put in a challenge where in a certain amount of time you have to get on a Cyclops and kill a certain number of enemies in a certain amount of time. Or, maybe you have to use the Cyclops to get through a certain type of hazard or area or something like that.”

As for offering a multiplayer component, Asmussen believes it just wouldn’t suit the game they’re making, “With God of War 3, there’s a story we want to tell and an experience we want to deliver, and multiplayer doesn’t fit into that.”

“Does that mean we don’t have conversations about multiplayer? No. Of course we have conversations about multiplayer, and there’s a lot of things we think about; Imagine two Kratos characters running around at the same time. Once you do that, the story becomes something more about an experience between two players and less about something that we’re scripting. So, you have something like Left 4 Dead, which is sweet, but we just decided with this game, there’s a certain way that we want to tell it. And staying with what we’ve done in the past, we want to complete the story in a way that was familiar to everybody.”

Sounds like the next God of War may get reinvented a bit?