When you think about the sport of golf and its application to gaming would your first thought be to associate it with the Roguelike genre? No, I have to admit it wasn’t what popped into my head either. So what happens when we take said sport, or the mini-golf version of it, and smash it into a blender with a CCG and a Roguelike? Golfie, Golfie happens and this is the game we’ll be discussing today. I’m trying to make my gray matter compute all of this correctly but I’m sure it’s fantastic. Let’s find out together, shall we?

Golfie is, as I’ve just mentioned a deck-building roguelike that is taking the game of mini-golf to an entirely new level. This interesting fusion of elements will be launching into Steam Earlier Access next week, on May 26th.

To give you a flavor of what you’re in for, Golfie is an infinitely replayable run-based, and frenetic golf game that takes place across 18 procedurally generated courses. You build a deck of shot-altering cards that will allow you to weave, glide and explode your way to the final hole. Deck-building is a skill in any game of this sort but that strategy and planning will be just as important here if you want to win. 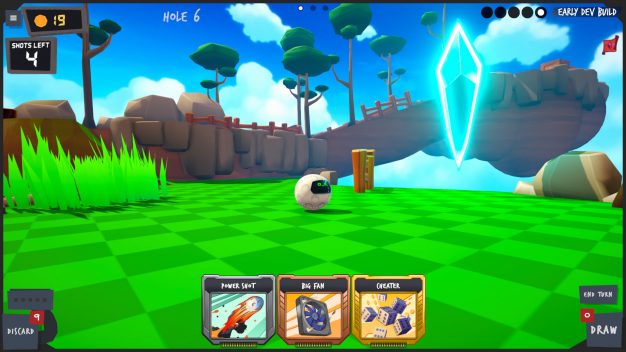 So what can you expect from the all-powerful deck that will make or break your runs? Well, the cards that you’re being given can alter the distance or elevation of a standard shot. There are other far more outlandish abilities that will be granted to aid you as well. These skills and abilities can be combined with power-up cards to allow for some pretty impressive effects. The right about of forethought will not only give you a much-needed leg-up but also unlock some awesome new ways to play.

So, we’ve told you about some of the things that will be at your disposal to give you that all-important win but Golfie isn’t going to be a walk in the park. If you finish over par or fall into traps along the way you’ll start to lose energy. Should you lose all of your energy it’s the end of your run. As the courses you’ll be teeing off on are procedurally generated you won’t be able to expect a do-over either. You’ll be facing something different on every play-through so getting complacent isn’t a good idea. 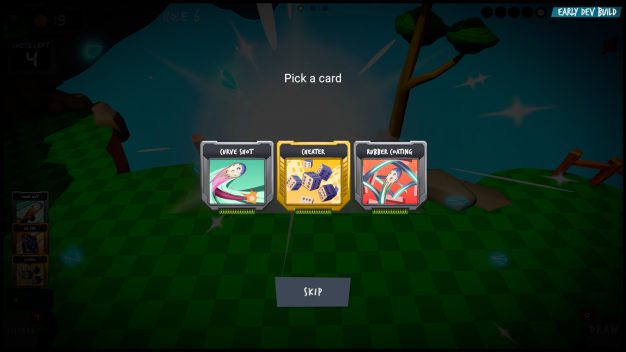 “Golfie is unlike any golf or deckbuilding game you’ve ever played,” says Simon Byron, Director of Publishing, Yogcast Games. “It’s been a real pleasure working with Triheart Studio to create something so uniquely enjoyable that it defies comparison. Some of the shot combinations during the public playtests have been eye-poppingly joyful – elements of skill and chance combining to create nothing you’ve seen in a golf game before. I’m really, really looking forward to seeing what players can do when the game launches in a couple of weeks.” 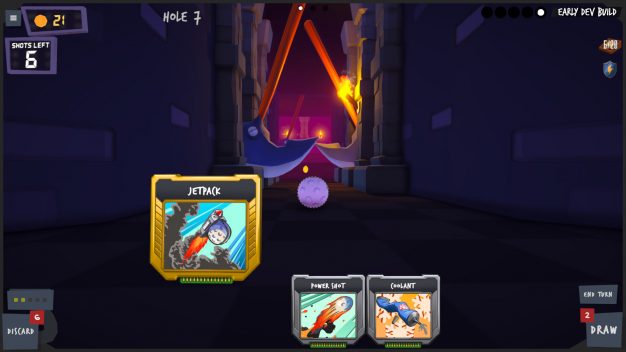 The Early Access release of Golfie will bring a single-player campaign that can be played via random courses, Daily Runs, and individual seeds – each with their own global leaderboards. The further players get through a run the more progression points they will accumulate. These points can then be spent on cosmetic items with which they can customize their ball. Should you be able to complete a full 18 holes worth of roguelike fun you’ll unlock endless mode which is where the real challenge begins. 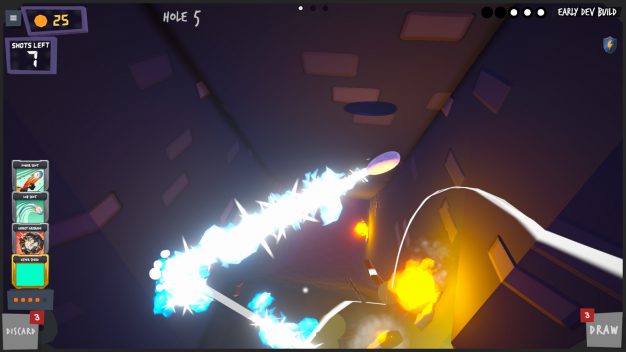 Just as with any Early Access release, Golfie will expand and grow over time. A multiplayer mode is expected to be added as development progresses. We can also expect the deck pool to grow with new abilities and powers being brought to the roster of cards available. In addition to all of this, a series of hazards is planned that will be set to challenge even the most experience Golfie players. 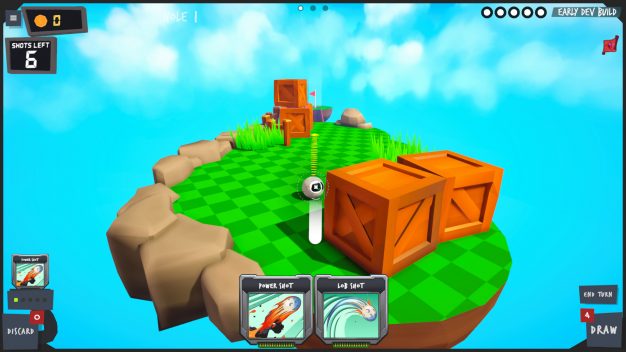 If you enjoy a round of the good old sport or, more importantly, if you like the idea of one without needing to leave your screen and get any exercise at all Golfie might be the one for you. As I mentioned earlier, you’ll see this title making its first appearance in Early Access next week. This title will be coming in at £14.99, ($17.99/€17.99,) if you get in sharpish, though, you can expect a 20% discount on launch. If you want to lend your support the 26th might be a really good time to do it.