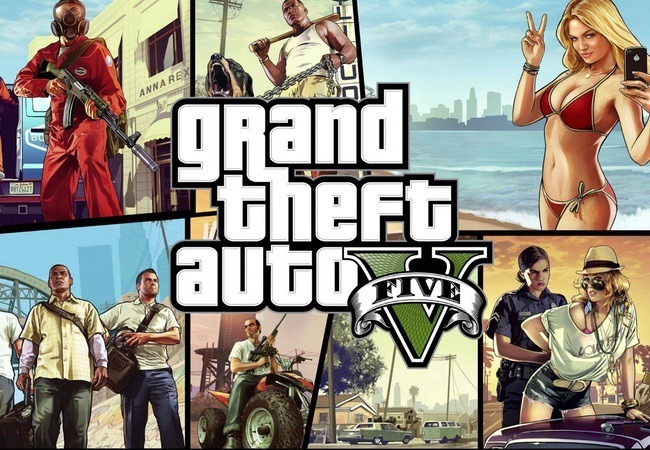 The flagship edition of the Grand Theft Auto series, GTA 5 re-launched on November 18th, jumpstarting the game with a bevy of fresh features and new content. The made over game will undoubtedly reanimate avid fans, after a year plus on hiatus. Available online now for both Playstation 4 and Xbox One, the game figures to win over legions of gamers not familiar with the franchise.

Players will be delighted to know this isn’t a simple high definition, mascara application, and some batting of the eyelashes by Rockstar. Rockstar has spared no expense or effort in getting GTA 5 ready for a full-fledged prom date. From the first moment you lay eyes on the game, the gripping, new first person mode breathes vitality into players exploring Los Santos and Blaine County.

GTA 5 now leaps out of the screen and into your lap with full 1080p, high-def texture resolution, not to mention improved draw distance. The visual overhaul stems from higher texture resolutions and more effective tessellation on surfaces. Thus landscapes flourish, overflowing with detail, like more wildlife seen in the mountains and deserts. Light play from water induced natural reflections impresses with its rich, organic feel. The range of lighting effect improvement extends to more hues in the day/night cycle. The world of Los Santos appears smooth and lush, boasting a perfect texture.

The characters reap the benefits of the game’s graphical turbo charge as well. The Los Santos citizenry appear crisper and more finely detailed than ever. The near obsessive attention to detail, literally and figuratively trickles down to the roads. When the weather system brings rain to Los Santos, the roads glisten with a film of moisture, making it slick for tires, thus affecting car handling. However, players should not have any problem handling any of the new content packed into GTA 5.

In addition to the increased player count of up to 30 online, GTA 5 serves up a buffet of new missions, challenges, weapons and vehicles (including the humorously named Dinka Go Go Monkey Blista and Bravado Sprunk Buffalo). The depth and breadth of Los Santos also improves through denser traffic, weather and damage enhancements and scandalous activities, “extracurricular” and otherwise. The GTA 5 audio doesn’t escape the weight room either. The soundtrack gets beefed up, showcasing over a 150 new songs, providing a stellar upgrade for the in-game radio stations. Don’t despair if you’re concerned about your old characters and progression. Your character and achievements will be grandfathered in.

Long time players can transfer their GTA online characters and progression to either the Playstation 4 or Xbox One, while also having access to exclusive content in both GTA 5 and GTA Online. Meanwhile, players who purchase the game also receive all the free downloadable content that Rockstar has offered since the release of the original version on the PS3 and Xbox 360. With the latest revival of the GTA franchise, Rockstar has legitimized the company name, if it hadn’t already.

GTA 5 reminds all gamers what a stellar success this series has been. Rockstar could have ported the game over to new consoles, and gone through the motions by buffing out the visuals, tossing in some new music, closed the office early and gone for a beer. Rather, they went above and beyond the call of duty by establishing a vision for the franchise that will challenge how a GTA game will play, look and feel like for years to come.

About the author: Matt Thames

Matt Thames is blogger for Selby.com.au. He has been playing video games since the 80s, when he got his start on the Atari system.
Matt's been gaming on various platforms ever since. He still...  Read more...