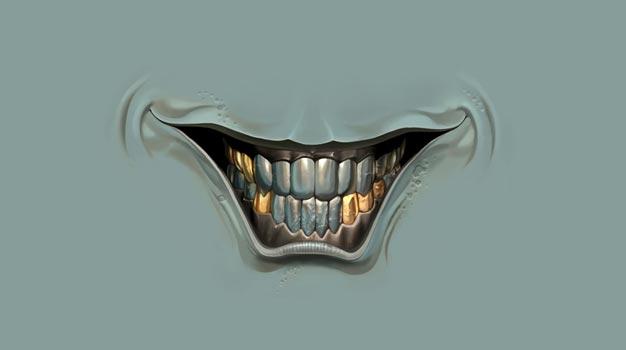 After a few days of speculation, Swedish developer GRIN has made it known today that due to an “unbearable cashflow situation” they are indeed forced to shut down the studio. “After twelve years of hard work, employing hundreds of wonderfully talented men and women, it is over,” states a message posted today on the company’s website, signed by founder/CEO Bo Andersson and founder/director Ulf Andersson.

It seems like plenty of people saw this coming a mile away as a new company named Outbreak Studios — which will focus on digital titles for Xbox Live Arcade, PlayStation Network, PSPgo, iPhone and Games for Windows Live — has already been formed by 25 ex-GRINners, gi.biz reports, most of whom had a hand in Bionic Commando, Terminator Salvation and Wanted: Weapons of Fate, the last titles to have that delightful show of silver and gold teeth decorating their retail boxes.

In addition to the titles mentioned, GRIN has brought us the PC versions of Tom Clancy’s Advanced Warfighter 1 & 2 and Bionic Commando: Rearmed, which remain the studio’s highest rated titles of recent years.