When you think of jobs that must be done by paragons of honesty and virtue what springs to mind? Priests? Maybe … how about doctors? Quite possibly. I know! Politicians! No? Yeah okay these lawmakers probably don’t rank very high on the “people I’d want to come for tea with my mother,” list. They are, however, brilliant for satirizing and generally making fun of. This is the President will be today’s title and you’ll get to take control of arguably the most powerful individual on the planet. In this particular case, you’re obviously completely trustworthy; honest.

In This is the President you’ll be getting promoted to the lofty position of American President with one very important thing in mind; pursuing your own agenda. This new job is probably a good thing for you because if you hadn’t been elected, you’d be standing a very good chance of getting promoted to a draughty room with bars on the windows and a door that locks from the outside. Calling you a criminal would possibly be a bit harsh but you’re certainly not the next Mother Theresa either. Having spent a good proportion of your time being a shady, rich, ruthless businessman you’ve garnered a certain amount of interest from the FBI. They don’t have any proof, yet, but given enough time they’ll dig something up and as the presidency grants immunity, time to save your own behind is what you’re getting. 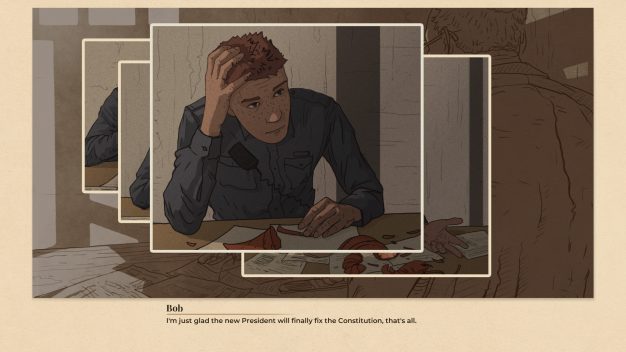 While in your position you’ll be using your power and influence to ensure the 28th amendment is passed before you’re due to leave office. This bill isn’t massively important for the nation but is very important if you aren’t going to be leaving in the back of a police van. This document will ensure you’re presidency becomes a permanent thing and you won’t be going anywhere because legally you’ll never stop being president. This being said, you’ll get immunity for life, something that you absolutely want. 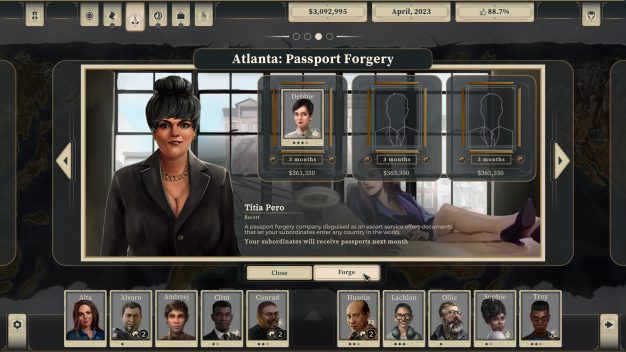 How are you going to accomplish this complete waste of everyone else’s time and resources I hear you ask? Well, you’ve got a team of skilled professionals to do all the dirty work for you. While all of this isn’t occupying your time you might also want to do something useful to help the nation. At the very least this is because it’s sort of in the job description and might also help cover up the fact that you’re a dodgy bastard. You might be the sinner that comes good in the eyes of the people. Alternatively, you could just stay true to form and watch your approval ratings sink lower than your morals. The choice is very much yours.

So how are you going to accomplish your constitution-changing task? Well apart from hiring a bunch of spies, hackers, and assassins to strong-arm and blackmail the system, you’ll also be holding press conferences, signing executive orders, and managing the day-to-day crises that come with the job. Oh, and tweeting, obviously. You might be able to solve the problems you face in an upward and thoroughly legal fashion. If you can’t you can revert to type and solve them in a completely illegal fashion, so no worries there. 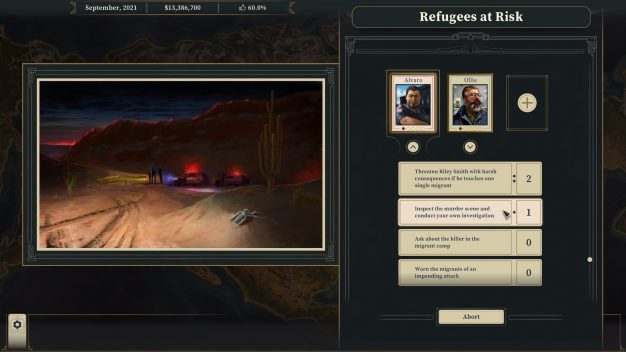 This is the President is, as you’ve probably figured out by now, a satirized narrative adventure. This means that you can expect a bunch of different story branches depending on the choices that you make. You might end the game on your terms, you might just as easily end up having a long conversation with a judge; alternatively, you might realize that politics is a truly underhanded business and that you’ve become a pawn in a bigger game.

If you love a good narrative adventure and think this particular brand of satire is going to be just the right sort of humor for you This is the President won’t be too far away from your screen. This title is due for release on PC come December 6th so that’s just a couple of weeks until the Oval Office is looking for a new occupant.