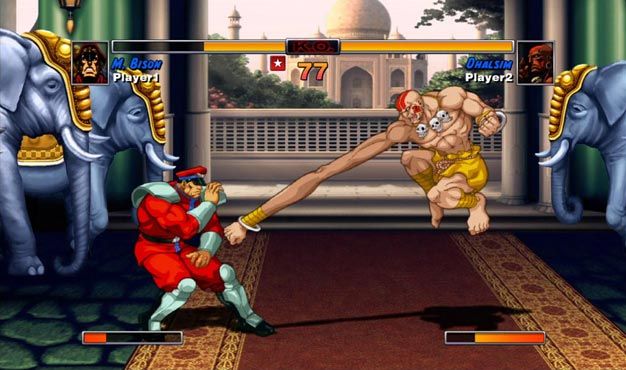 The downloadable title was released on PSN and Xbox LIVE worldwide waaay back in November, but strangely Europe was missed out. Despite being pressed on the matter, Capcom refused to explain the delay, instead vaguely muttering about “technical problems.” But now, months later and still with no real explanation, Europe’s PS3-ers can get their hands on arguably the best 2D fighting game ever. Thank God for that.

There’s just one problem. Tomorrow sees the release of Street Fighter IV, which begs the question – is anyone still interested?