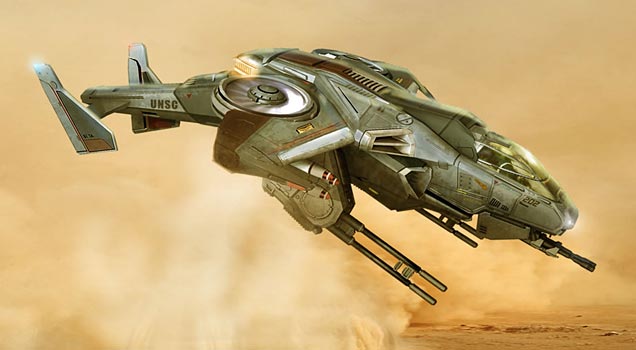 In a recent interview about the progress of Halo Wars – the real-time strategy game based on Bungie’s Halo universe and developed by Ensemble Studios – Graeme Devine, the lead designer on the game, said people just can’t stop playing it. When asked why he thinks Halo Wars will be one of the biggest games of 2008, Devine said:

“I think we’ve got magic in the disc. We’ve worked on the controls, gameplay, and story for this game being very much aware of what has gone before us. I was down in playtest yesterday and actually did not get to sit down and play because folks were spending their lunches playing the game. I know we’re doing well when that happens. More than that, I believe we will be huge not just because I believe, but because when we put the controller in your hands, you will believe too.”

Continue reading to check out a list of features that were revealed earlier this year when the game was announced during E3.

New take on a legendary world. Set in the iconic “Halo” universe, “Halo Wars” predates the original first-person shooter “Halo.” Fans of the “Halo” franchise will have the opportunity to experience the early battles between the UNSC and Covenant, the far-reaching conflict that has been diligently followed by the masses in the blockbuster “Halo” series.

Players join the crew onboard the Spirit of Fire, a Phoenix-class colony ship converted for UNSC military use and guided by the AI persona Serina. The “Halo Wars” story line follows the Spirit of Fire’s discovery of an ancient artifact during a journey to the planet Harvest, the first planet to be attacked by the Covenant.

Strategic command of armies in large-scale combat. “Halo Wars” put gamers in command of the battlefield, playing as either of two unique civilizations: UNSC and Covenant. They can counter and crush their opponent by tactically fielding the superior army. Players can also choose among Leaders that possess elite skills which can turn the tides of battle. Using various combinations of Leaders and units, players can create countless strategies tailored to their preferred playing styles and personalized strategies.

Groundbreaking strategy game for the Xbox 360. Since inception, “Halo Wars” was explicitly designed to cater to console gamers and bring to the Xbox 360 a genre that has typically been played on the PC. Gamers can easily command and manage powerful armies, effortlessly control troops and incredible machines, engage in epic battles and expand their empire using an intuitive user interface for the Xbox 360. “Halo Wars” represents the true next-generation experience, combining a masterful control scheme using the Xbox 360 Controller with the award-winning strategic gameplay only Ensemble Studios can provide.