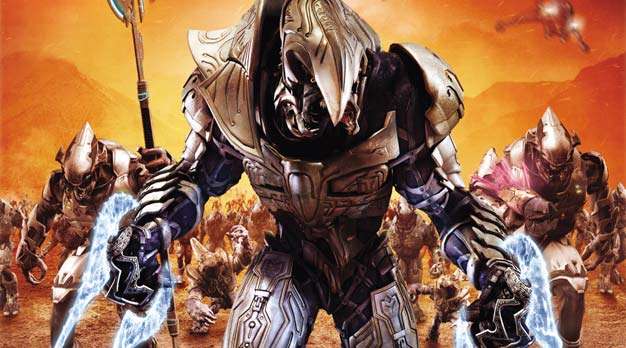 It doesn’t matter if you’re still playing Halo Wars or if you’ve angrily thrown the controller out of the window, the new Strategic Options Game Add-on pack that’s arriving in the coming weeks is something you should check out. The add-on will amplify the gaming experience by supplying three new multiplayer modes called Keepaway Mode, Tug of War Mode and Reinforcement Mode. Time to get out and fetch that controller of yours.

Keepaway mode is a “Capture the flag spin-off” where players don’t just have to watch out for the enemy, but also for a Forerunner Sentinel that they’ll have to capture three times to win.

The exact meaning of “Tug of War” mode is a bit vague, but apparently defeating your opponent isn’t the primary objective. Instead what you have left in terms of resources, buildings and units at the end of the game will determine the winner.

The real strategy seems to be found in the “Reinforcement” mode, where all battle units are provided in successive waves. I can see those nervous breakdowns coming from miles away when a player with an advantage suddenly has to rethink their whole plan in order to avoid getting smashed to pieces.

The add-on also comes with 100 points worth of new Achievements, which follow after the break. The actual release date has not yet been released.

“One and Done” (30 points): Score the winning point in a game of Keepaway against Legendary A.I.’s
“Pull Hard, Pull Deep” (20 points): Win and never trail in a Tug of War game