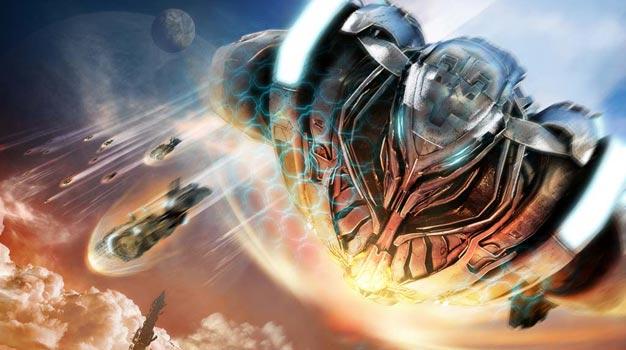 I saw Section 8 on my last day at E3, and having already torn through most of the major publishers’ booths and experienced what their big name FPSs had to offer, I was ready to have about zero enthusiasm of SouthPeak’s own futuristic shooter. What was this going to offer that other FPS games didn’t? It was just another shooter, right?

Well silly me for busting out my jumping-to-conclusions-mat a bit early. Having now played through a few rounds of multiplayer (which the game is almost entirely geared towards) I can say that Section 8 is actually quite a bit of fun. The unique mechanics in it are actually unique and make the gameplay varied enough to actually be something different from what we’ve seen before. Plus, you skydive from space into the level after every respawn and can crush any enemies you land on. Sure, that sounds like a gimmick, and that’s what I thought it was until I got my hands on how the game played and realized that TimeGate, the developers behind the game, had actually designed their game around the mechanic instead of shoehorning it into traditional FPS gameplay. 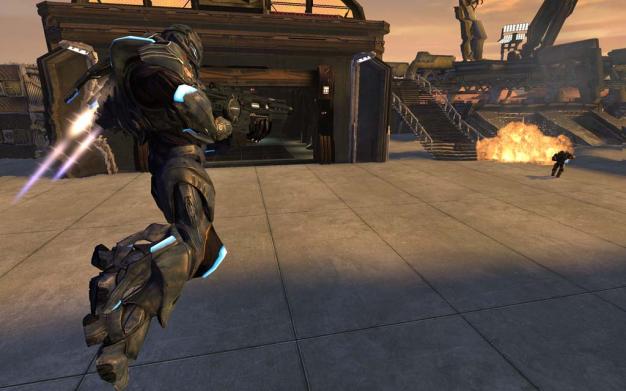 In the mode we were playing, which is the main multipalyer mode, there are two teams and each has a base which is guarded not only by the team’s players, but also by artillery. this means that you can’t skydive into certain zones unless you’re being very reckless and want to risk it. Thus you either have to dive into your own zone, which is very safe, but means more danger once you’ve landed and have to travel a bit of distance or you can dive into an area of the map that isn’t covered by an artillery, which might be closer but is more likely to get you shot quicker. There are other reasons for diving to different areas, but it actually adds some strategy to the gameplay and landing on top of someone while falling from the sky is about as satisfying as knocking out Mike Tyson in Punch Out!!.

Once you’re on the ground, the game operates a lot like capture the flag, or the mode I played did. There will be other modes too, but the overall point is for one army to destroy another. The weapons are pretty standard as far as these things go, but they shoot, which is all you really need and it seems pretty balanced, though you can never really tell until you get to dive into a game a whole lot more. One of the cooler aspects of the game is that you can order air drops and items or vehicles will be delivered to you as long as you’re in your zone. Of course there is a limit to the amount of things you can bring down from above, but it adds an extra aspect to the gameplay that isn’t in most other shooters. 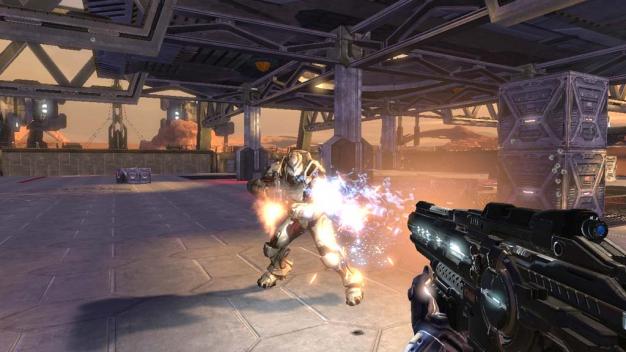 The safe zones for skydiving and drops are constantly changing too because as each team takes over the other’s base, the artillery guns become theirs. Bases can be conquered and then taken back and then conquered again making the game a constant state of tug-of-war with men falling from the sky like blazing meteors. Naturally, the more bases you have the easier it is to drop into the level.

I’m well aware that this hands on has been entirely about a single feature in the game, and one that really only is used for about five seconds at the beginning of a player’s life, but it’s this one feature that makes Section 8 totally worth your time. Without it the game becomes just another decently made shooter, with it it’s a whole different beast and one that I could see becoming easily addicted to. The only real fear is that eventually the thrill of diving into each level wears off and the bonus strategy that comes from it isn’t enough to keep the rest of the gameplay afloat. We’ll have to wait to get our hands on the full game to find out if that happens, but so far it’s looking very promising.