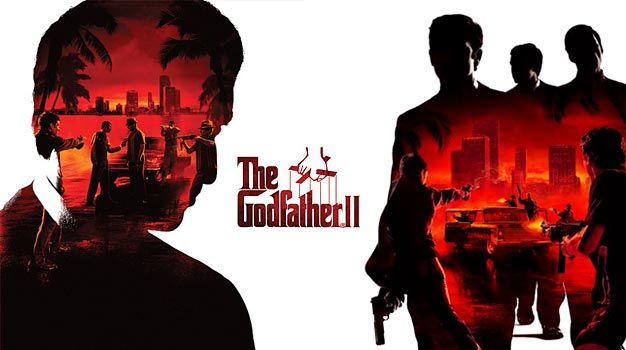 Let me stress something to you, because it was stressed to me over and over at the The Godfather II community day that EA held a few weeks ago: The Godfather II is about being a Don, not just a thug. What’s that mean? It means a bit of a different focus for the second game in the The Godfather series, and a little less focus on following the movie’s plot line for line and a bit more on following the player’s story. So the drive behind the game is creating an empire, not just moving through the film’s plot. How did EA go about doing this while still keeping within the context of the film? That’s what I got to find out with a whole bunch of hands-on time and a few chats with the game’s developers.

To start things off, the game has a whole new side to it. It’s called the Don’s View and it’s a map of the city that players are trying to control (there are three cities in the game: New York, Miami and Havana). From there players can tell what establishments they control, who’s guarding them and how their family is doing. It turns a free roaming adventure game into a free roaming strategy adventure game as players are not only tasked with taking over establishments from rival families, but also making sure they don’t get taken back by placing guards on each one. Of course there are benefits beyond just bragging rights to controlling crime rings. If a player has all of a certain type of crime ring or racket in a city, they’ll get a bonus. For instance, the strip club ring I took over while playing netted my family brass knuckles so that we did more damage whenever we were making people offers they couldn’t refuse.

If it sounds a little familiar it’s because the basis for it was established in the PS3 and Wii versions of the game. The idea has now been expanded upon and it has become a major part of the game. What does this do as a whole? Well, it makes the style of play completely different. Instead of following a simple sandbox style storyline with random side quests, players are deciding how they want to take over the cities and beat the game. While I didn’t get much past the tutorial stages I could really see the idea forming. One family might be more powerful than you, and thus you have to go take over another crime ring in order to get an upgrade, then you can attack them. It also means the game is constantly changing, because the locations you take over are still going to be attacked. Families will take revenge and you need to defend from that too. Thus the overall game becomes as much about strategy as it is about shooting and driving. 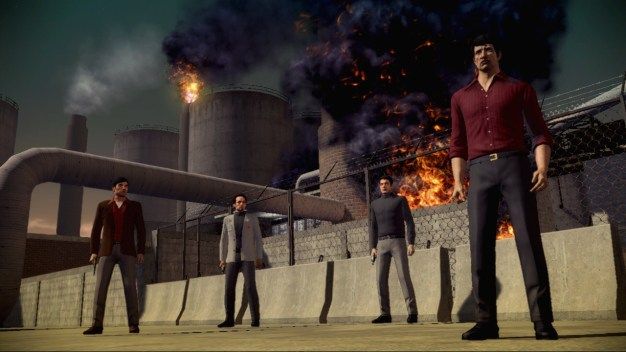 On top of the crime rackets that get players bonuses, prospective Don’s will also need fronts in order to launder their money. Money management will also be a big part of the game. After players take over fronts or rackets they have to place guards on all of them and guards cost money. If players don’t guard a racket or front then it will get easily taken back by a rival family. Fronts, however, increase the amount of money players make and thus having a front helps players maintain control of the city. In order to get a front players have to kill all the guards of the rival family who runs it and then intimidate the owner into working for them. This can be done by holding them over the edge of a building or breaking their merchandise or a plethora of other things, but each owner has a weakness that will help players get the upper hand.

Of course the base of the game is still an open-world, GTA-style game. Players take on the role of one of Michael’s most trusted right-hand-men who Michael tasks with becoming his own Don within the Corleon family. For fans of the blackhand battle system, which was one of the best motion controlled systems on the Wii by the way, it is back in full force and revamped so that fighting is easier to pull off. Intimidation and shooting people is not just fun but can get you places without murdering everyone in the area. Of course some times that is necessary and the executions from the first game are back, but even more brutal. The entire room of writers cringed as our character shoved a baseball bat into a guys mouth and then slammed his head into the floor. I’m not sure if it is in spirit with the film, but it was pretty bad ass.

Players won’t be fighting alone this time either. They can build a family under them, with different officers and jobs. Players can choose which “family members” can come with them on missions. Players will need a wide variety of family members with different skills in order to complete tasks. For instance, to get into one location I needed a dynamite guy, so I had to wait until I could expand my family and hire a dynamite man since all I had was a safe cracker. When players get into fights with rival families, these are the guys that will back them up and they can be leveled up as the player uses them more and more in an RPG-light style. 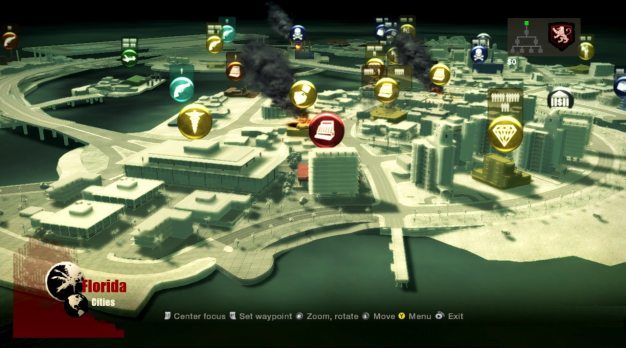 In my play time, we got to tear around the New York City, which is basically the introductory level, and mess up as many families as we wanted. It all culminated in blowing up a rival family’s base camp in a massive explosion (a clear sign that the cinematic edge will hopefully still be in the game in force). Of course leading up to this were a couple of gang fights, a few new family members and a few perks for owning entire crime rackets. For a guy who isn’t that big a fan of sandbox games, the extra strategy element made The Godfather II a whole heck of a lot more fun.

I’m not sure how much more work had to go into the game because when we played it looked great and only crashed once (that’s good in early hands-on terms). So far The Godfather II, which is set to be released in February of 2009, looks to be shaking off the remnants of GTA cloning and turning into an interesting and in-depth game in its own right.

We got some hands-on time with the multiplayer as well, be sure to check back early next week for our impressions on that.