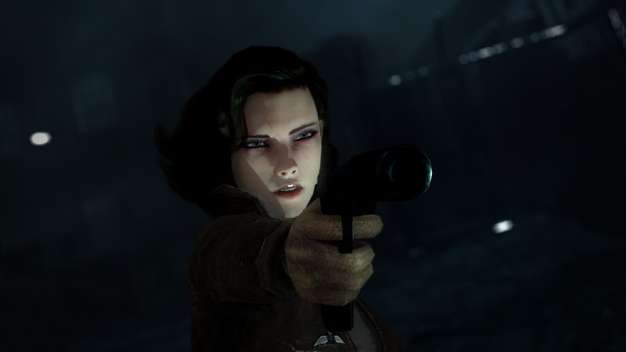 If SouthPeak’s upcoming game Velvet Assassin hasn’t at least piqued your curiosity in one way or another (morphine use being one of them) than it’s probably safe to say that you are not interested in things that look interesting. It definitely piqued our curiosity and we’ve been waiting to see the game in action and give it a little test drive for quite some time now. Luckily for us SouthPeak was at NYCC with the game and let us jump into stealthy action in the true story of Violette Szabo.

Let’s start with a bit of a history lesson. Violette Szabo was a French WWII spy who fought on the side of the Allies. After the death of her husband during the war she decided to join the Special Operations Executive at which point she learned to be stealthy and kill people. She went on a few missions and saved many lives, but was then captured and killed by German forces. Velvet Assassin takes a few liberties with this story as the game opens and we find Viollette on her death bed recounting memories of her past missions.

Thus the game unfolds with Violette narrating and introducing each level as a memory she has of her terms of service. While the exact missions and storyline might not be entirely historically accurate I was told that the amount of historical research that went into the game was massive. In fact players will even collect historical mementos (I picked up a lighter) which will give them some background on the history and also award Violette points when they are found so that she can equip new weapons and items. 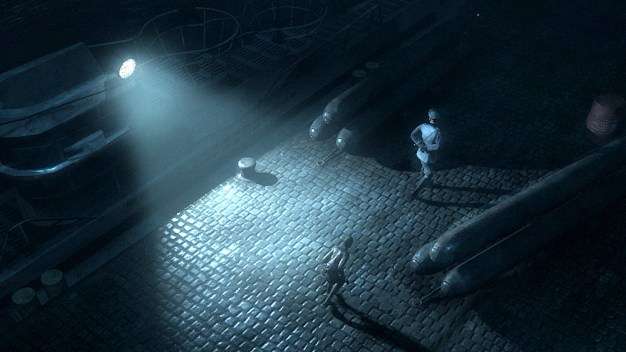 Of course we’ve all played plenty of “historically accurate” WWII games, especially in the past few years, and they all have plenty of weapons and Nazis in them. Clearly though Velvet Assassin is a bit different. For starters the game isn’t about a group of soldiers nor does it involve storming Normandy’s beaches. In fact there isn’t much storming at all — Velvet Assassin is all about stealth and working on your own. In the level I got my hands on I was only armed with a knife and had to make sure to sneak up on every soldier I came across. I was informed that while levels will have guns, stealth will be emphasized over all. This isn’t a shooter and if you’re expecting that it sounds like you will be very disappointed.

We played the first level of the game which was a bit of a tutorial. Viollette finds herself having to sneak into a Nazi barracks in order to obtain some information. Armed solely with a knife Viollette really has to be careful. The developers intentionally made her extremely weak so that getting caught is a big deal and most likely will end in death. After I was noticed I died after two shots and running away, while an option, is not as easy as in most games.

The devs have decided to go the whole minimum HUD route, so there is no bar that tells you how hidden you are or anything like that. Instead when Viollete is in the shade a blue sheen surrounds her, almost like another shadow being cast on her. This tells you if you are hidden or in sight without the screen getting cluttered up. As I approached the first guard I hid behind a wall and the sheen popped up. I had to wait for another patrolling guard to move before I could attack the first guard from behind. Once the coast was clear I moved up behind him. 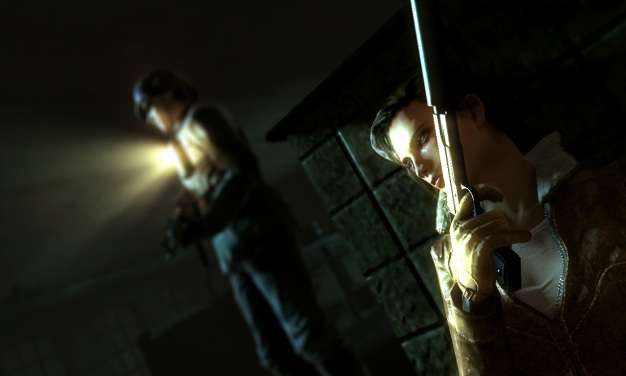 When you are near enough to take someone out the screen turns red and you tap the A button. This will trigger a kill animation that is pretty brutal. I saw Vioallette slit a mans throat and stab another in the chest as he struggled to get away. Blood does fly in this game pretty heavily. Once I had done one of these kills on the guard I had to quickly drag him out of the way so the other gaurd wouldn’t see the body. After hiding the body it was back to sneaking up behind the other guard and taking him out. One got the feeling that a whole ton of patience would be needed to truly get through this game.

However, there are chances to be a bit more face to face. Viollette can pick up morphine injections, the idea being that since this is a recounted memory the Viollette in the hospital has signaled the nurse to bring her more morphine. When Viollette does this the screen turns blue and enemies start moving slower, allowing her to attack them from the front with far less concern. I got to try this out on one guard before the demo ended and it was cathartic after a whole, albeit brief, level of sneaking around. It was probably also satisfying because the guard had already noticed me twice as I was sneaking around a corner that I should have been hidden in. It could have just been me, but I swear I was hugging the wall as tight as possible.

Single annoying spot aside, Velvet Assassin seems to be shaping up to be a stealth lovers dream. Not sure how many of them are actually out there, but if you’re looking for some action more akin to Solid Snake than Marcus Fenix this title could settle the craving — at least for a little while.