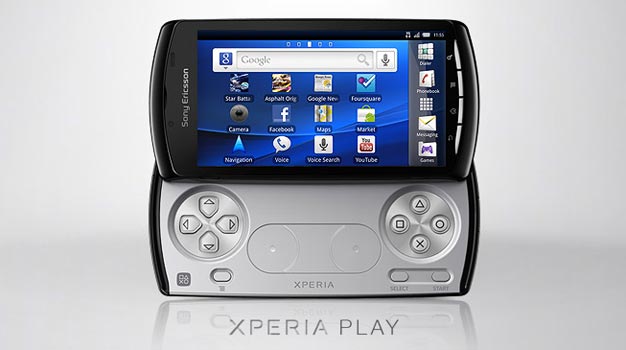 After years of rumors and speculation Sony are finally giving us a PlayStation Phone. Kinda.

The recently announced Xperia Play may not hold the iconic brand name of the gaming giant, but the controls make it unmistakably PlayStation. We got some time to play around with the kit earlier this week, helping us to decide if this really was the gaming phone we’d been waiting for.

The Play will be instantly accessible to anyone who’s put their hands on an iPad, iPhone, or other smartphones recently. Boasting a slick 4.2 inch touchscreen, it’s simple and fast to navigate the menus, selecting Android apps/games and bringing up Widgets. Our model was loaded with the usual assortment of apps like YouTube and Facebook, all of which are easy to access. It seems like the device already has the basics covered, then.

But let’s be honest here, you probably already know how it’s going to work as a phone, what you’re here for is the games. Like giddy school children we scrolled straight to the first game we saw, Asphault 6 (leaving little time to wonder if there had actually been an Asphault 1 – 5). Flicking up the screen to reveal the buttons is a smooth action, although the task of then holding the set is admittedly a little cramped. Thumbs had no problem dancing around the d-pad and face buttons, but our fingers felt a little awkward reaching around the back of the phone to grab the L and R triggers. It’s not a deal-breaker as we managed to adjust as we kept playing, so the initial feel isn’t something that should put users off.

Onto the game, then. First impressions of Asphault 6 were a good indication of what we can expect from the phone; solid graphics and responsive controls, the latter of which is something we’ve been yearning for in this current generation of phones. The game itself seemed pretty fun, but more than anything it was reassuring to see a product of this quality running on the hardware. D-pad controls are definitely the way to go at this point in time; using the touch pad that’s meant to replicate analog sticks sent us straight into a wall, although we’re sure that’s just a case of practice makes perfect. Buttons are great, but if you’re “new wave” and want to stick to touch controls, you’ll get those too. In this sense the Xperia Play offers the best of both worlds. 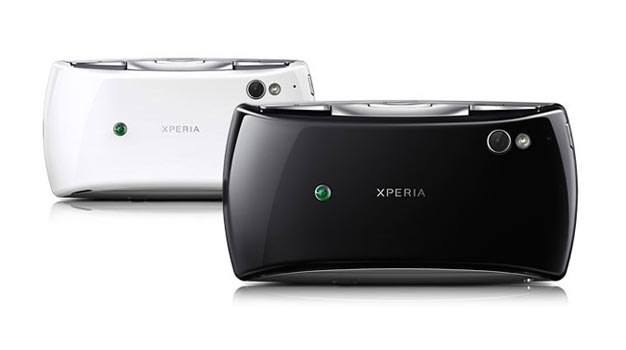 We also got to see a rather strange Bruce Lee fighting game. Graphically, the game was very striking, besting most of the stuff seen on PSP. It also benefited from the buttons, which gave a much sharper experience than what we’re used to with fighters on touchscreens. Bare in mind that these are standard games you’ll be able to grab through Android, but the Play is the only place to go if you want a handheld experience with actual buttons.

There were some other titles among the various apps that we didn’t get to try. It’s exciting to think of the potential of having a range of PSOne Classics, Android games, and exclusive PlayStation Suite content all laid out before you on the phone’s menu, and hopefully Sony will work hard to provide that range sooner rather than later. It looks like we’ll be scouring the blogs for news on Metal Gear Solid headed to yet another system, along with other favorites like Final Fantasy VII and Tomb Raider.

You could probably tell through pictures, but the set itself is a little bulky. That said, it’s surprisingly light for how it looks, and coming in at a similar size to the PSPgo, still an ideal fit for pocket gamers.

At this point it does certainly seem like the Xperia Play could offer a serious argument for a hardcore gamer’s cash. We’d like to see a few more games that would appeal to a serious player, which we’re sure will happen once PlayStation Suite is up and running. The Suite is the key right now; so far we’ve simply seen a new Sony phone with PlayStation buttons. It’s a very impressive piece of kit, sure, but without the exclusive, PlayStation quality software to back it up, it’s hard to think of it as more than that right now. It’s up to Sony to hit gamers with game after game now, because the potential is there.

We’re sure to have much more for you in the coming weeks, building up to the phone’s release.