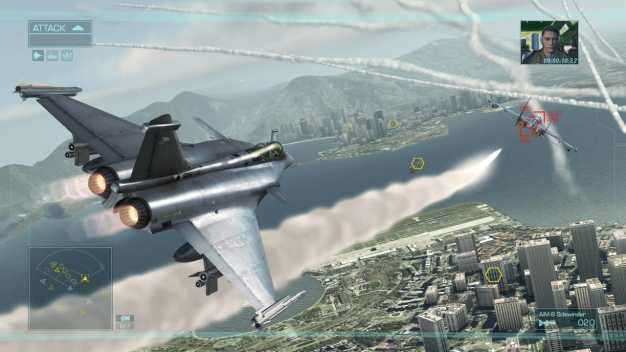 A demo for the forthcoming Tom Clancy-flavoured air combat sim H.A.W.X is swooping onto Xbox LIVE this Wednesday, Feb. 11. The demo promises two missions to play through: ‘In Operation – Off Certification,’ a training mission introducing the game’s various tactics and manoeuvres and ‘In Operation – Glass Hammer,’ which teaches you the best way to blow stuff up whilst avoiding being blown up yourself. Both skills you would imagine are pretty essential.

The demo also features 4-player co-op and an XP ranking system which will allow you to unlock 3 different fighters — a F-16A Fighting Falcon, a SU-35 Super Flanker, and an AV-8B Harrier II. According to Ubisoft’s Twitter thingy, the demo will also be landing on PSN ‘mid-February,’ but we don’t have a solid date yet. Expect an update when news hits.

TVGB have only got our hands on a tiny little taster of H.A.W.X so far, so a demo will be gratefully received. Just about any game that gives us an excuse to say “talk to me Goose” into our headsets gets our seal of approval. Add some snazzy graphics and crazy manoeuvres and we’re in bogey-splodin’ heaven! Seriously, we’ve come a long way since Chuck Yeager’s Air Combat.