Over a decade since Blizzard’s own Warcraft III enabled the development of Defense of the Ancients (DOTA), and arguably the whole MOBA genre, it seems we have come full circle with the upcoming launch, on June 2nd, of their very own , ahem, “Hero Brawler” Heroes of the Storm.

Currently in closed beta (open beta begins May 19th), HotS combines free-to-play with micro-transactions and hopes to appeal to fans of its entire product line by mixing characters and elements of Warcraft, Starcraft and Diablo universes. Game options do allow players to play co-operatively against AI bots, but the hard-core action will undoubtedly be in the 5v5 team PvP – as can be seen in the current Heroes of the Dorm tournament. 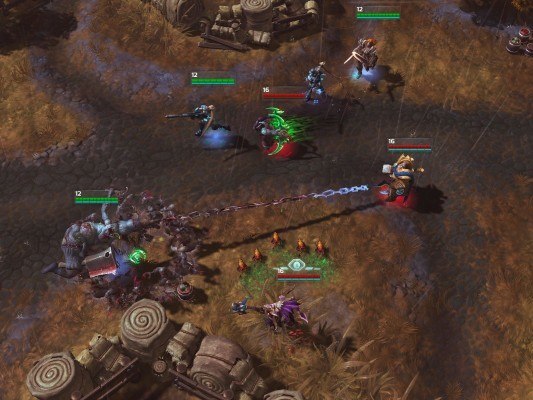 Whilst Blizzard might argue HotS brings a lot of new ideas to the MOBA genre that it was inspired by, it is nonetheless competing against the heavyweights of DOTA and League of Legends. Not that such competition has phased Blizzard in the past. Hearthstone took on the juggernaut that is Magic: The Gathering and showed how to make a collectible card game into a phenomenally successful digital product.

Nevertheless, DOTA and LOL are well established online with almost two decades of experience and players between them. It will be interesting to see if not only Blizzard’s legions of fans embrace HotS, but whether others make the jump from DOTA and LOL too.