Ahh, the horror genre. I’ve spent so many wonderful hours scared witless, cowering with my keyboard at arm’s length in case something bites me. I truly love the episodes of mind-numbing fear and the inevitable night terrors are just a treat! See how that sounds?! Insane right? Well as this is literally the way some of you seem to think, I’m going to do a bit of enabling and give you a whole new set of reasons to change your underwear. The game is Hidden Deep, a new trip to the therapist that’s just launched into Early Access.

Hidden Deep has been developed by the one-man dev team known as studio Cogwheel and is being published by our good mates over at Daedalic Entertainment. This brand spanking new horror romp is now sitting nearly in Early Access following a popular beta in December of last year which was entered by a fairly impressive number of people; around about 50,000 to be exact. This isn’t just a flash in the pan either. These early tests have spawned a monster of their own in the shape of a wishlist that’s hitting the 200,000 mark, a Discord server populated by around 10 thousand fans, and a popular Tik Tok channel. This is all pretty cool when we’re talking about a game that by all accounts is still in the early stages of its life 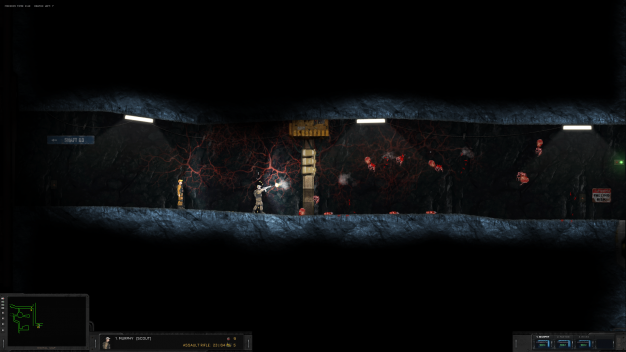 Hidden Deep is paying homage to the classic horror movies of the 80s and 90s. In this particular chill-fest, you’ll be sent into a vast suboceanic research and mining facility in a bid to find and rescue the missing researchers that worked there. As you and the team under your command explore, you’ll come face to face with the alien horrors that lurk there in an action-filled 2D adventure brimming with danger, mystery, and death. 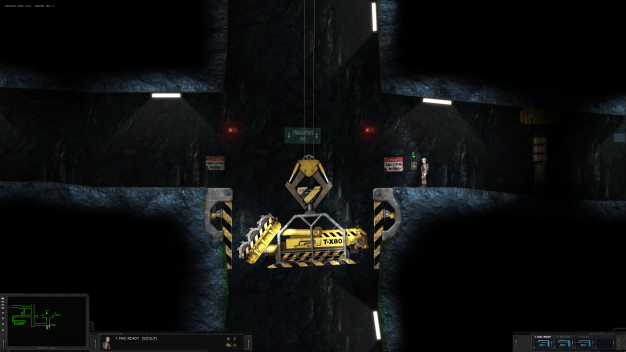 If you are to stand the slightest chance of coming out of the facility alive you’ll need to learn how best to use the team members at your disposal. You’ll also need to master an array of tools, including the grappling hook if you are to avoid plummeting to your death. On top of this, you’ll use drones to scan the complex of caves and rooms, set demolition charges, and operate machinery to open new areas to explore. All the while you’ll need to navigate lairs full of dangerous aliens in the hope of survival. This in and of itself is a reward in Hidden Deep; be prepared to die. A lot. 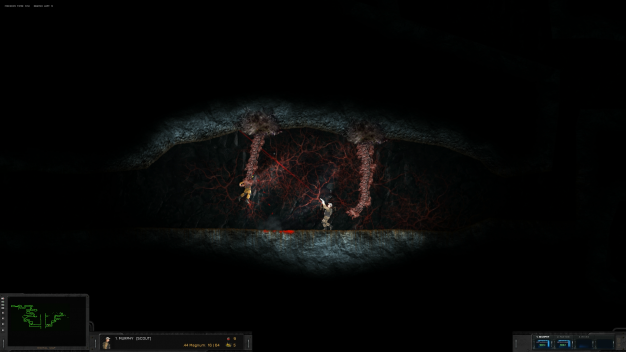 Something that you’ll no doubt find more than welcome will be the ability to take your friends along for the ride. You don’t need to spend all your time alone in the depths, you can bring a buddy or two to help you complete specific missions in Hidden Deep‘s Challenge Mode. This can be done via local multiplayer or through Steam’s remote play feature so you shouldn’t have too many problems if your close friends aren’t right on your doorstep. Online co-op functionality is currently being worked on and will be added during the Early Access process. 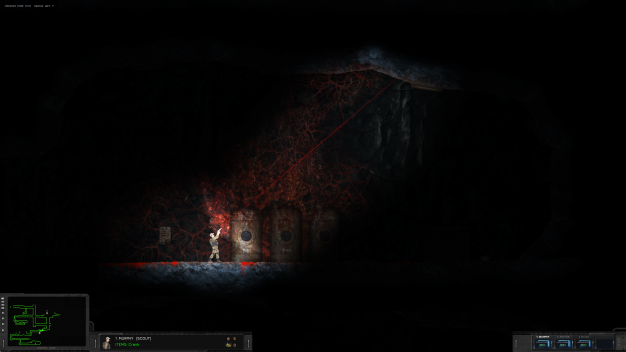 Speaking of Hidden Deep‘s Early Access; if you’re absolutely gagging to get terrified in a whole new way, you can go and indulge as soon as you finish reading this. In fact, I’ll even be nice enough to leave you a link here. Some of you really are gluttons for punishment, but if that’s your thing and you like a bit of a sofa cowering session all power to you!