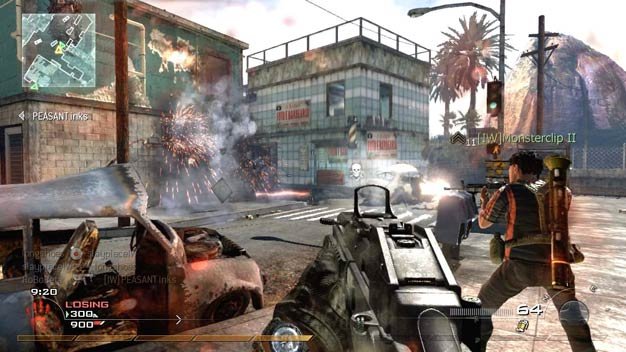 Oh, you l33t hax0rz, how we envy you – bending binary code to your will and making a computer program do things that it really was not intended to do. Given enough time and effort, someone could probably make the TVGB office microwave download the latest episode of Dexter while we heat our Hot Pocket. Until that happens though, we have the current nerd-gasm occurring over the dev console that was found inside Modern Warfare 2.

After some crafty hackers got into the developer console within the game, setting up dedicated servers and generally playing with the settings, someone apparently tried to create some new game modes with success. From within the added console, a number of hidden gametypes like Global Thermonuclear War were also found, in which teams must race to capture – and detonate – a nuclear bomb before the opposing team. Other gametypes discovered were of the escort variety and variations on capture the flag.

As much as we would love to race madly toward the WOPR mainframe on our consoles, this find brings some interesting questions. First and foremost, are those things found in the dev console simply edited and discarded content, a’la the Hot Coffee incident? Could they possibly be future DLC, just sitting and waiting? We will keep updating as information comes across.