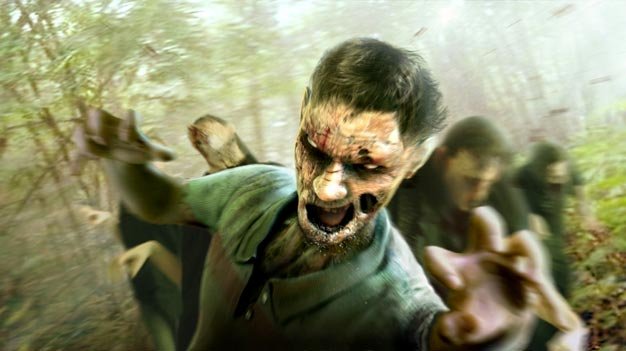 It would seem the bizarre and uncomfortable yet amazingly stunning reverse-timed trailer of Dead Island that made its way onto the intertubes over a week ago has not only put mothers and fathers on an emotional roller coaster, but awaken Hollywood’s interest in making a film adaptation, according to head of global business development Malte Wagener of Koch Media/Deep Silver.

“We’ve had a lot of inquiries,” Wagener. “The talks are very early and there’s no deal whatsoever. Right now I’d say it boils down to three or four opportunities. Some are studios, not just bonders [financiers] like Union. We’d rather go with a big studio that can bring the creative side.”

While the idea of a Dead Island movie would potentially satisfy friends of the walking dead, we can’t overlook the fact that it would still be a film based on a game, and if history has taught us anything, those just shouldn’t be made. Wagener, however, has an idea of how to not stumble on such a trap.

“I think this can be a good movie if it’s done right but you do have to see it as separate from the game. We’re not going to go out and write a movie script based on the game,” he said, adding that “if we got involved with a movie we’d take a very different approach. We’re really not going to make the game the foundation of the movie. We can’t just sit down and expand it. But one of the key reasons why I go to the theater is to be immersed in the atmosphere and the setting of a different world that’s still believable, and I think that’s what we have with the game. You have an emotional attachment. Dead Island has that kind of story and that kind of presentation and I think viewers would want to bond with that world and enter it.”