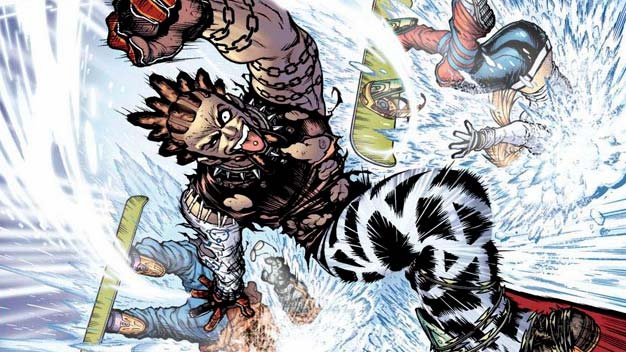 My brother and I just yesterday were sitting around when he randomly spouted “Why the hell hasn’t anyone made a new SSX game?”, and I found myself pondering the same question (just go along). Yet how would EA go about making a new SSX? It would have to be on the HD consoles so we could get the biggest mountians and the prettiest snow effects possible. It could take the style of SSX Tricky, the scope of SSX 3, and the progression of SSX On Tour to make a fantastic snowboarding title. And it’s gotta be fast. Lightning fast. And when I think fast, I think one developer: Criterion.

How convenient is it then that Criterion is currently rumored to be working on a new SSX game? This has actually been talked about for a while since Criterion tweeted about working on something called “peak 3”, but now word is kicking around that a secret SSX project has been in the works at Criterion simultaneously during the development of their Need For Speed title, which could lead to a sooner than expected release. I’m the glass half empty kind of guy, so we’ll file this rumor under ‘too good to be true’ until proven otherwise, but that half empty glass will be overflowing with glee if this is true. Make it so, EA.