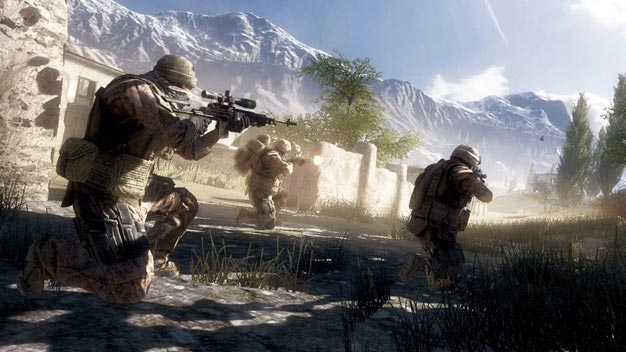 The Operation Flashpoint games are generally known as shooters with more realism than usual. It’s often labeled as a “military sim,” for its meticulous attention to detail. Where the trend is to give players control of a fast-moving super soldier who can shrug off bullets, military sims offer a soldier that moves a lot slower and can maybe survive two bullets. The idea is to make the player think more tactically and experience a battle closer to what a real soldier would. Typically, this kind of action is appealing to a very particular type of gamer (read: anal, into planning and strategy), but never really strikes a chord with the majority like fast-paced deathmatch does. Having to literally assemble a rocket launcher for the time it actually takes to do so is just plain a hard sell.

With Operation Flashpoint: Red River, the team at Codemasters is attempting to make the learning curve a little less steep and a little more welcoming. As creative director Sion Lenton spoke throughout my time with a four-player co-op mission last week, he repeatedly and deliberately used the word “fun.” Everything about the game is centered on just making the game more fun. At the same time, though, the team still holds a reverence to the realism the series is founded on. You still have to plan, and you still have to assemble those launchers. So the question becomes whether or not they will succeed in striking what seems to be an incredibly delicate balance between approachability and authenticity to present a fresh and, of course, fun take on the more tactical side of first-person shooting. 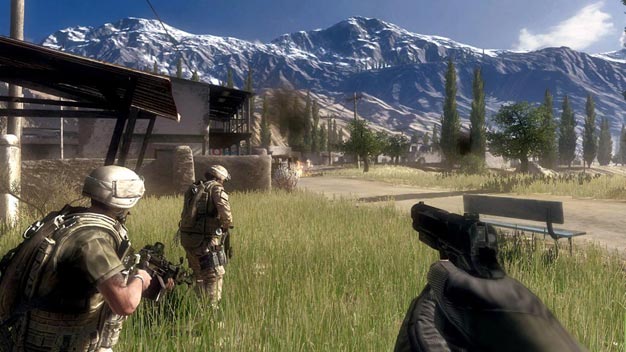 As a start, Red River has a more narrow focus than its predecessor, Dragon Rising. Completely removing competitive multiplayer, the team at Codemasters has opted to put all their focus on the four-player co-op experience. Lenton told us that one big influence on the team has been Valve’s Left 4 Dead, and its focus on dynamic, team-focused campaigns.

Our demo began at the class select screen. The player can choose from four classes: The Rifleman (Guns), Auto Rifleman (Big Guns), Grenadier (Explosives), and Scout (Sniper). While great effort was put into striking a balance between the classes, it’s still an option to go in with any combination of four players.

For this particular demo we each played a different one. With everything unlocked, we also got to glimpse at the variety of equipment players will be able to earn, which should be familiar to any player of just about any multiplayer shooter that’s released in the last two years. New weapons, accessories, stat boosts, grenades, etc. are all here, and all earned in familiar ways (kill lots of guys, and kill well). Not really having a clue, I trusted the loadout already set for my Scout as I pressed the ready button and saw us off.

A brief cut-scene narrated by Al Matthews, or Sgt. Apone in Aliens, explained the mission and its objective. Short of taking over a tower and fortress, I can’t honestly say I paid much attention. The story as a whole is pretty standard military shooter fare. Set in Tajikistan, some conflict arises and the US Marines are sent in to settle it. The People’s Liberation Army in China says don’t or else, and then else is chosen. So begins your series of missions. Not too fancy, but then again, it doesn’t need to be.

Up to this point, everything did feel quite familiar. The lobby where I set up my character wasn’t too different from customizing a class in a Call of Duty game, and the narration set things up like many a shooter’s loading screen. But the instant the game did load and I was in control, I noticed that even my looking around and aiming was quite slow. Arcade action this would not be. Also, looking around, I noticed that our setting was huge. Taking a cue from Red Dead Redemption, Codemasters wanted players to be able to see off into the distance where they were going, and where they had been. While a little sparse on the population of living creatures, it’s just cool to see your objective off in the lens-flared horizon. 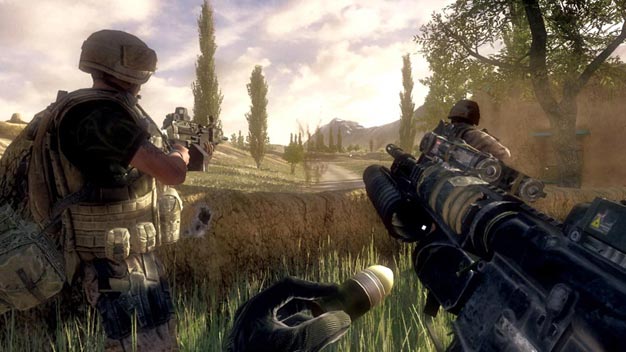 This worked pretty consistently until their last stand, where eventually I headed up with the team to help clear out any stragglers (I had a submachine gun for close encounters). Of course, not being experienced with those kinds of skirmishes, I was shot from behind. Luckily a team mate got him before I was killed. I then got to experience the healing system. I had a wounded head (likely from a bullet). I had to take cover, take out a med pack and heal myself. The whole process took quite a while, and had me feeling very vulnerable. But it was safe enough and I was able to fully recover myself. Of course, later it was not safe enough. In fact, it was friendly fire that took me out (Grr…). I heard a “whoops” from somewhere in the room, and got to see that the game has a “wait to respawn” system. Luckily that wait wasn’t too long. Again, they don’t want the player feeling completely overwhelmed. But for those that really love their realism, hardcore mode makes you start at a mission’s beginning on each death.

In the end, we did succeed. While it was fun, and some good banter was thrown out as enemies came at us, I couldn’t help but wonder if the game would get stale over time, or that it could be quickly mastered. But when I asked about it, I was told that enemies will not always spawn in the same spots. The spot a squad appears the first time you played could be completely safe the second. In addition, the enemy AI is adaptive to your play style. If your team is a “rush in and cause hell” kind, they’ll make an effort to flank and take you by surprise. This was relieving, as any good co-op game should have a sense of variety each time it’s experienced.

In addition, there will be a few other co-op game modes that take place in more enclosed spaces. Rolling Thunder is a type of escort mission where a team must protect a convoy going from point A to point B. Last Stand has a team hold out against waves of enemies for as long as possible. Combat Search and Rescue is a Black Hawk Down type mission where players must reach a downed chopper, rescue the pilot and co-pilot, and reach extraction. Combat Sweep is basically Search and Destroy, an area needs enemies cleared out. With dynamically spawning enemies, these can potentially prove just as interesting, if not more so, than the campaign proper for a group of friends. This is also a great addition for those looking for a “quick fix” of a game. 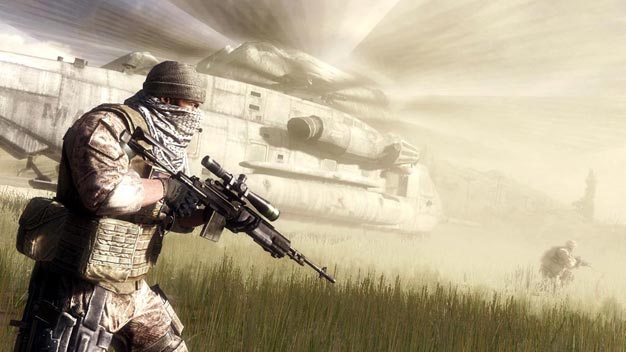 My overall experience with Red River was positive. I like that Codemasters managed to make the game easy to start, and with enough familiar and engaging options to entice more than it may have otherwise. I like choices they’ve made that encourage player creativity. Lent0n told me that maps were designed more with authenticity in mind than with gameplay scenarios. In other words, situations weren’t designed with an “ideal strategy” in mind. They opted rather to let players come up with as many solutions as they wanted. This is backed up by the options to have any class combination possible. Friends usually make up their own goals (win with snipers only), and it’s nice that that’s encouraged. In huge environments like this, it has the potential to have a sandbox feel in just the right ways. The more focused co-op modes also add to that potential.

Having said that, I am not totally sold on the game being completely accessible. While it is easier to start into the game, has aspects from more familiar titles, and has a sharper focus, its roots in realism will still mean a jarring experience for most coming from more common shooters. Really, I’m not sure how much can be done to make for a seamless transition from one to the other.

The game is quite fun, though, and while there’s stiff competition this year (a new Ghost Recon looms), I hope it does find success. There’s a formula here that Codemasters can definitely call their own, and proudly. I will watch for this one next month.