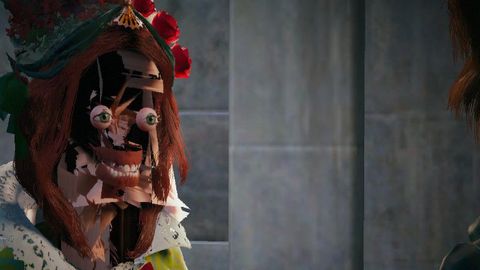 Like all mediums of art, sometimes a person’s ambition can outweigh their ability to practically accomplish their goals. Whether it’s a movie director who doesn’t have the budget to do the epic fight just as it is in their head or a musician who wants to spend another 2 hours tinkering their latest release but can’t afford studio time. Videogames are similar in this respect, as the process of making most games takes years, a lot of money, and a lot of people. Sometimes they can get it all right, other times…

That’s what I’m here to talk about today.

Glitches, or “bugs,” can vary widely, from your game straight up crashing to maybe an enemy standing in a weird spot when you load it up. All of these matter, but some matter much more than others, let me show you why.

There are many games that come out and are just a little off. They’re not quite the horrible bug monsters that some games are, but they’re not perfect either. There are a lot of labels that a game can receive when this happens: “unfinished,” “bug-filled,” “broken,” are just some of the many fans and critics have stamped onto the package that is these mild offenders. One example of what I’m talking about is Jedi: Fallen Order, in which I found many smalls bugs throughout. Little things like enemies not spawning in the right spot, mechanics being available to me too early, or even just odd interactions with the lightsaber kept returning to me in unsurprising fashion. Another example of a mild offender would be most sports games, in which small glitches such as announcers saying the wrong thing or players behaving in ways that make so sense. I think anyone who has played their fair share of videogames has a story or two of nasty glitches, but what nobody writes home about are the small, the mundane, and the unimportant.

So, people, what I’m asking is simple. Ponder this for but a moment: If a game you’re playing glitches but once or twice, even in the most significant of ways, do you hold it against the game? I think for everyone it is a different answer. A good example for myself is the lovely little game Dark Souls.

In one particular boss battle, I encountered a massive demon wreathed in flame, a nice guy. During one of my many, many, times fighting him, I encountered a glitch in the system that locked him into doing the same ground pound move over and over again. I used this to my advantage and struck him every time he landed, and within a matter of minutes he was dead, and I could advance. When this happened I didn’t think the same things I would think when Fallout: 76 would glitch. I found that I didn’t really mind at all, and why that was the case. The sole truth is this: everything is okay in moderation, even bugs. If there had been 15 other things like this happening in Dark Souls, I probably would’ve been really taken aback by this, maybe even upset. However, I never found myself frustrated by the lack of a true boss victory, I only said to myself, “huh, that was funny,” and moved on. Dark Souls has its fair share of problems, but not nearly enough to start waving your hands over, and that is the core of my point.

I found that the small bugs in Jedi: Fallen Order were apparent, and I’ve seen other people have even worse bugs than I ever encountered, but overall I’d still say it was a good game, and I enjoyed my time with it. I didn’t find the bugs to truly detract from my experience, and I was mostly able to ignore them. This is the case for many, many videogames that have small issues, and maybe that’s not such a bad thing.

Bugs can be fun, but it is entirely dependent on what kind of bug we’re talking about. Game crashes are never fun; neither are things like lost save files, or new missions not loading the way they should. The common theme with these is simple: things that stop you from playing the game are awful, and for obvious reasons, generally aren’t acceptable. However, there’s a whole mess of glitches, from character models loading incorrectly, to lines of dialogue that shouldn’t be said, or incredibly strange physics interactions. These don’t necessarily hurt the experience, and I’d argue they heighten it.

Immersion matters, of course, but it is often broken in videogames by UI and other “gamey” stuff. What does matter is fun, and some of the most prolific bugs, like the Rainbow Road skip from Mario Kart 64, have been the cause of much comedy, often at the expense of the game.

To be clear, I’m not saying videogame developers should try to make their games broken or unfinished. What I am saying is simply, if you encounter one of these small bugs, maybe don’t freak out. After all, life moves pretty fast; if you don’t stop to look around once in a while, you might miss it.