A recent post on the Playstation Blog has revealed the existence of two noteworthy editions for inFAMOUS: Second Son.

First up, there’s the special edition.  This pack comes with a cool looking beanie that you can wear to showcase your fandom.  Also included is an exclusive mission, Cole’s Legacy.  The extra content will serve as a bridge between the events of Infamous 2 and Second Son.  As Delsin, players will complete a series of missions that “reveal unique insights into how the world of inFAMOUS: Second Son came to be.” 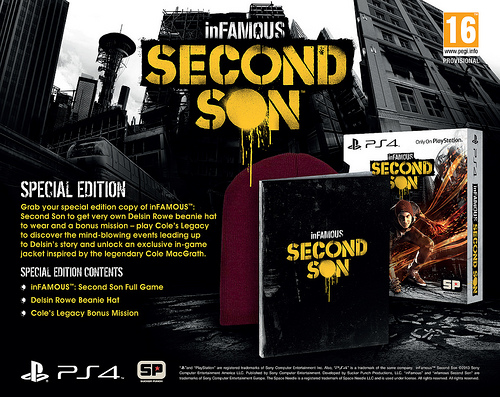 Next up, we have the uber-special Collector’s Edition.  It contains all the material that was in the special edition but also adds a denim vest jacket for the game, a set of badges, a collector’s coin, and a bottle opener.  The U.S edition, found below the first pic, is mostly the same, sans-jacket. 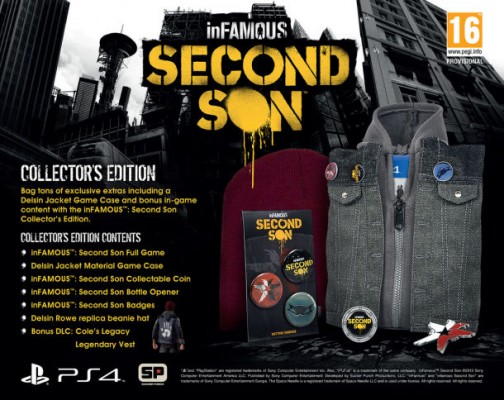 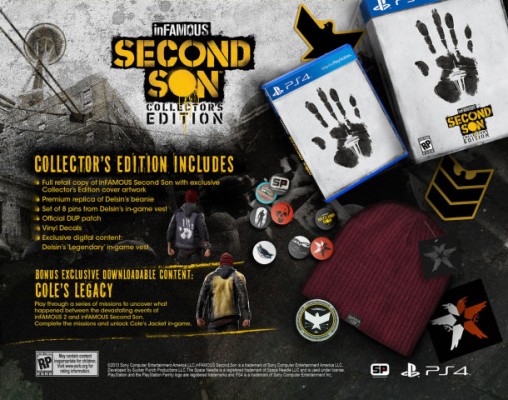 inFAMOUS: Second Son will be released and available for pickup on PS4 in February 2014.

About the author: Aaron Ploof

Aaron has been an avid gamer since he recieved a brand-new spanking Genesis system at the wee age of five years old. He's been gaming hard ever since. He loves games for their storytelling ability,...  Read more...