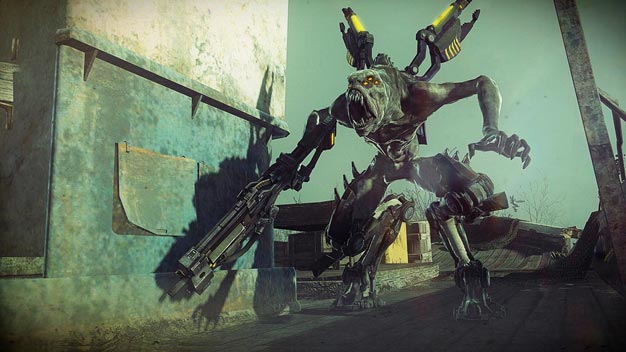 Ever wanted to get eaten by a Chimera? Now’s your chance.

Insomniac Games, the developers behind Resistance 3, are holding a competition with some rather awesome prizes up for grabs. The winner will not only get flown to San Diego to meet the Insomniac team, but they’ll also have their face scanned into the game and put on one of the survivors found in the campaign. Pretty cool, for those that dream of looking malnourished and in desperate need of a bath.

To be in with a chance of winning you’ll need to take of photo of yourself locked in a Resistance-style battle, or dressed like you just survived one. Submit your entry to the PlayStation site before March 11 (Friday) and you could be a PlayStation star come September, when Resistance 3 launches.