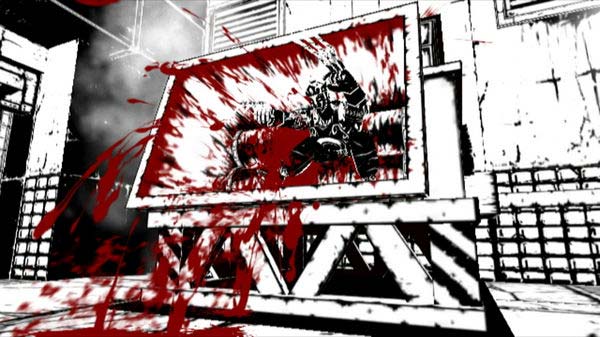 SEGA’s booth at NYCC pretty much had a line flowing it out of it non-stop for the entire weekend thanks to Platinum Games’ MadWorld. People who hadn’t even heard of the game stopped and watched as people started mauling opponents with any weapon they could find and then they too would hop in line for a try. It was easy to pick-up the general gist of what people were thinking. There was plenty of “This is a Wii game?” and “Wow, that was fun” flying around. We even heard a few people on the opposite side of the conference center drop what they were doing when they caught site of the game and exclaim that “they had to play it now.”

Clearly MadWorld is in demand. Thus Astushi Inaba, the game’s producer, and Shigenori Nishikawa, the game’s designer, are also in hot demand. Here are two people who saw the Wii and thought, “Hey, that system would be great for an adult oriented game about killing as many people as possible.” A mind that thinks like that has got to be an interesting one to pick, and so we did. TVGB got a chance to talk with both Nishikawa and Inaba (through a translator) at this year’s NYCC, and boy did we learn a lot — mostly about how many sign posts a man can have jabbed through him at a time.

Matthew Razak for That VideoGame Blog (TVGB): So that’s a pretty long line over there. How does it feel to have so many people interested in your game?

Shigenori Nishikawa (SN): This is the very first hands-on to the consumer we’re doing and before coming here I was a little afraid that not many people would come to play it, but seeing their reactions I’m really excited and really happy. So I’m definitely enjoying it.

TVGB: When you were just starting out without even an idea for the game you were going to make, what kind of Wii game did you want to set out to make?

Astushi Inaba (AI): The goal was to make a game that had the strongest presence on the Wii right now.

TVGB: Looks like a job well done so far. SEGA seems to be jumping on that mantra too with their Wii line-up. How has working with them been?

AI: So since SEGA is the publisher they didn’t have much impact on the game’s development. But the game is for the western market and there is a lot of humor and western style things in it that SEGA of America has been really helpful in getting nailed down.

TVGB: You mention the game being designed for the western market. What made you want to make a game for this market and what did you look at as inspiration for making a game like that? (Note: Some of the meaning of this question was lost in translation I believe)

SN: The sense of humor is a bit different in the west, so we wanted to make the game funny, but the jokes had to work and finding that balance was important. That was really one of the most difficult parts for developing for the West. 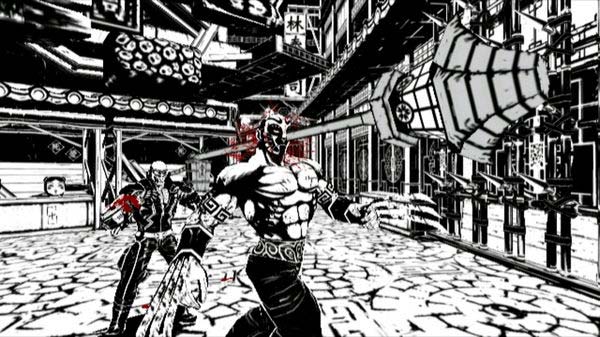 TVGB: So what about Japanese players who are lucky enough to play the game?

SN: Well we think they would really like it but because of some … issues, we can’t sell it in Japan.

TVGB: Right, gotcha. I’m sure one of the issues was the over-the-top gore that permeates the game. Was it fun to get in there and figure out different ways to slaughter people? How did you come up with some of those kills?

SN: The basic ideas came from myself, like maybe a bad guy would die one way or another and then the team members would think about it or suggest something back to me. We’d come up with plenty of ideas. So the entire team was involved in the process of creating the kills.

TVGB: And how did the game’s unique visual style come about?

AI: From the beginning of the project we decided to go with the black and white style to enhance the color of the red or the blood. We had the idea from the start really. 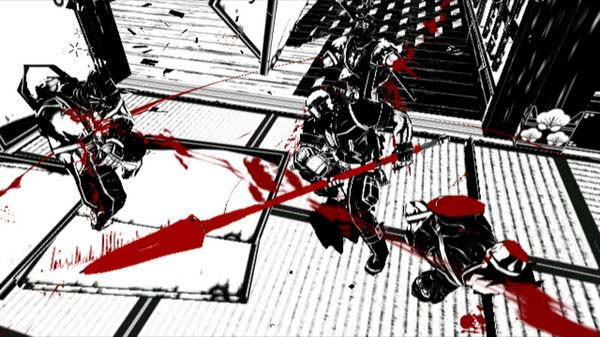 TVGB: What are your favorite kills in the game and what do you think is really going to blow people away?

AI: I like the spike bat. It’s fun to swing the bat and knock guys into the rose bush (spiked walls).

TVGB: Have you been watching people play? Has anything stood out that you had never seen before?

SN: I’m surprised that everyone really likes the chainsaw. I didn’t realize it would be such a big hit. (Ed. Clearly they’ve never seen western people and Gears)

TVGB: So if this is a big success will you move on to a different title on the Wii or are you thinking about sequels?

AI: Platinum Games has several rights so we’ll be developing something new after this, but if there is a lot of interest in MadWorld then maybe we will make another one.

TVGB: Good to hear. Thanks for talking with us.