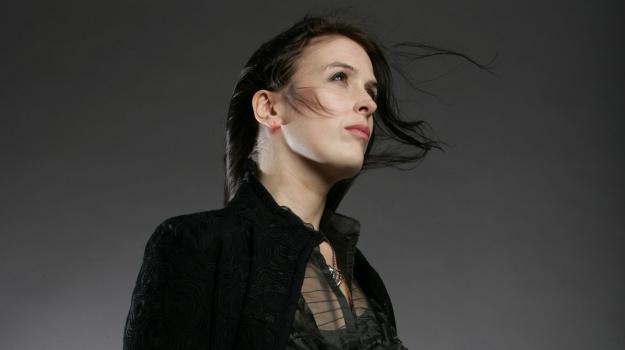 Rhianna Pratchett is the award-winning writing talent behind such titles as Mirror’s Edge, Heavenly Sword, and the Overlord series. As three new Overlord games hit shelves across the world, Rhianna took some time out of her schedule to talk to TVGB about the writing process, being the daughter of famous fantasy novelist Terry Pratchett, “terrible” voice acting and kicking people’s balls through their spine. Seriously.

That VideoGame Blog’s Lee Bradley (TVGB): Overlord was famed for its playful take on the fantasy genre; can we expect more of the same from the sequel’s?

Rhianna Pratchett (RP): Definitely. I think that part of the appeal of the series is that we’ve tried to imbue everything with the same tone, right down to the visuals of the world and the gameplay itself. If you’re aiming to create a title that’s funny/amusing/worth a titter, then you can’t really have a dry gameplay premise. The Overlord games have been a good excuse for me (usually via the character of Gnarl) to vent spleen at the ‘wetter’ end of fantasy, like Elves and unicorns. They get too much good press. I only play Elves in WoW to hurl them off cliffs.

TVGB: You came in half-way through the development of the original Overlord, how has being involved with these new projects from the start affected your experience?

RP: It was more like 1/3 of the way through the first game. At that point the core gameplay was in place and there were a few characters and levels designed. It was actually a pretty good time to come in. There were enough boundaries to get a sense of what Triumph wanted the world to be like and enough space for me to stretch my creative muscles. I came in at roughly at the same point with Dark Legend, as well. In the case of Overlord II I was right there at the start, which probably helped the story to become stronger and more cohesive than the first game. You feel more like there’s a whole world happening around you, rather than a series of mini-stories.

TVGB: How does the writing process work, presumably it isn’t something that can be done in isolation?

RP: I can pretty much spend an entire week talking about how the writing process works, to be honest! It can really vary from project to project and is often dependent on when you’re brought on board, the genre, the platform and the narrative desires of the project. Writers and narrative designers are still relatively new positions on development teams. This means there’s still a level of uncertainty about how best to use and integrate them. I know from talking to lots of fine people in my field that the writing process can often be done too late, without proper access to the team and under extreme pressure. Thankfully, things are starting to get a little better and more writers are being contacted in the first few months of a project’s lifespan, rather than the last few months. Personally, I consider I’ve been very lucky with some of my projects. Becoming the writer for an entire multi-platform franchise has been a fantastic experience.

TVGB: The games have a very British feel to their dialogue and humour. Is this a deliberate choice, or something that comes naturally?

RP: I am terribly British. Especially in the eyes of Americans. I drink several gallons of tea a day, I’m often excessively polite and it’s only through many years of expensive and painful dental work that I don’t have bad teeth.

RP: Everything. Creativity comes from the part of the brain that is veritable soup of experiences, memories and influences. We really don’t like to start questioning exactly where it comes from, in case it stops coming. But I grew up in the ‘80s which was (in my opinion) the heyday of fantasy movies and comedy of the Monty Python and Black Adder vein. So that probably helped.

TVGB: Are you involved with the voice recording or your scripts?

RP: I’ve been the lead voice director on all the Overlord games and also provided studio support for my other titles. I think it’s essential for writers to be involved in the recording process as things can often go wrong in this area. Voice actors are all too often presented with a wad of XL sheets, no proper character notes, context or reference and are just expected to perform. They are very good reasons why voice acting in games can be so terrible. Writers are in a great position to be able to bridge this gap.

TVGB: The minions provide the Overlord series with much of its humour and character. Do you have a particular favourite?

RP: Gnarl is the obvious one, really. But I also have a soft spot for Giblet. Players seemed to cotton onto his name in the first game, so I gave him a speaking part in the second. Quaver, the Irish bard, is also a lot of fun. He sounds like a Craggy Island Minion.

TVGB: You mentioned that you brainstormed names for the Minions by choosing the foulest words you could think of, but that some didn’t make it. Can you share any more that didn’t make the cut?

RP: Yes, I combed sites where people talked about the words they hated the sound/look of. That was probably a little bit evil of me. I’m honestly not sure which ones didn’t make it. I think the translations were more of a problem than my original names. I’m pretty sure Flange wasn’t banned, though. Unless it means something terribly rude in Swedish.

TVGB: Between Overlord II, Minions and Dark Legend, you’ve helped create a game for all the major platforms. Is the creative process affected when approaching say the DS compared to PS3? Or is that just something for the programmers to worry about?

RP: The slightly younger target audience was a consideration for the Wii, but in the end it didn’t impact on my script too badly. You do have to be careful with ratings, though. Writing the sex scenes in Overlord and Overlord II was a challenge! Overlord: Minions on the DS definitely required a certain economy of language, so I had to reign in Gnarl quite a bit.

TVGB: Narrative in videogames often takes second-fiddle to the gameplay itself. As a writer in the industry, is that something you strive to overcome?

RP: What we’re all really looking for is better integration. There have been too many instances where the story feels like an afterthought and doesn’t fit comfortable with the gameplay. A little more variation in concept and content would be nice, as well, which is something writers and narrative designers can help with. Although they have their place and god knows I’ve enjoyed them on occasion, I could do with a little less ‘Gruff guy with super powers/large weapon kicks assss!’ tales. The medium has huge potential, so I’m not sure why there’s this constant desire to keep rooting around in Hollywood’s action-movie scrapheap.

TVGB: As a female writer, and the daughter of a famous fantasy novelist, do you find that people have certain expectations of your work? Do you find that limiting or liberating?

RP: In regards to being female, I don’t really think about it in the same way that other people do. I prefer to focus on my job rather than my gender. I’m still amazed that people think it’s a big deal.

I’ve definitely come to understand the words ‘Terry Pratchett’s daughter’ in multiple languages. Yes, to be honest, the tag does get a bit irritating, but at the same time I know there’s not much I can do to stop it. Such is the power of the Internet. At the end of the day, I’ve been in this industry for nearly 12 years and it’s me that’s doing the hard work not my surname. Still, at least now my name often comes before the tag rather than after it, so that’s progress!

TVGB: Do you feel a responsibility to provide positive female role-models in your characters?

RP: I’m not really sure whether ripping through people with a big sword or flipping off a wall and kneeing someone’s balls through their spine really constitutes a ‘positive female role model’. But they both do have good hair. I like to make all my characters interesting. Be they male, female or creatures unknown. But I think that’s to do with me being a writer, rather than being female. Perhaps it’s more noticeably with the female characters because the industry has been slow to move out of the usual clichés.

TVGB: And finally, if you could be involved with any project, be it one from the past or some future dream project, what would it be?

RP: I would have loved to have worked on Psychonauts or Vampire: Bloodlines. Those are two favourite games of mine. I’ve recently picked up a dream project, which I’m keeping quiet about for now (sorry.) I’m going to have to find some more dreams.

TVGB: Rhianna, thank you very much for your time.