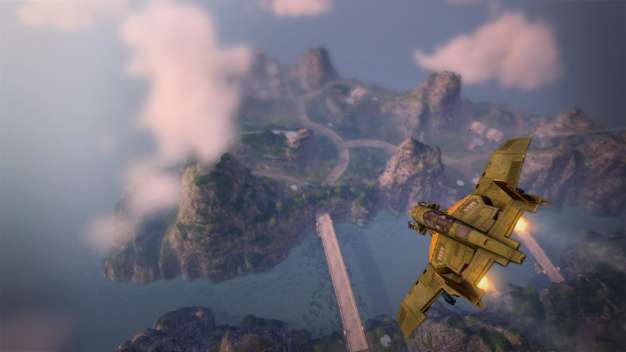 Take this one with a pinch of salt, but rumours of Warhawk 2 have snuck onto the internet. A middle-eastern site (via CVG) is claiming to have seen the game behind closed doors at a recent SCEA event.

According to them this sequel will have a full story mode, complete with co-op, 25 different maps, 32-player online, and a host of vehicles both new and old. Controls, visuals, and the camera will all be getting an update, too.

It’s the first we’ve heard of any such sequel, and up until now it’s believed that Dylan Jobe and his team at LightBox Interactive have been working on Starhawk. We’re guessing all will be revealed at E3, because it’s taken a fair bit of time for any news on this one to get out the door.