ITTA, a pixel-art bullet-hell title from developer Glass Revolver and published by Armor Games, has been announced for PC and Nintendo Switch. The announcement was accompanied with a new trailer showing off the fast-paced action and striking art style that can be expected in both versions when they release sometime later this year.

The game centers around a young girl, named Itta, who wakes up surrounded by her dead family including her cat, the spirit of which serves as her guide throughout the beautiful pixel-art world. Armed with a glowing revolver, Itta sets out on her adventure in search of answers, leading her to seek out powerful cosmic beings that are scattered throughout the seemingly peaceful world and defeat them in combat. Players can arm Itta with a multitude of weapons throughout the adventure, as well as enable player invincibility or damage multipliers at any time in the game to help ease the difficulty. 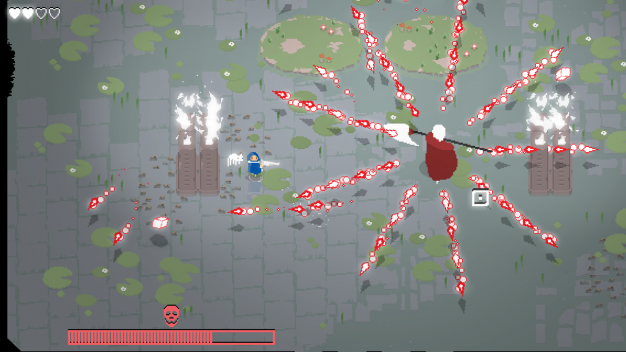 Fans of the bullet-hell games will be pleased to see the familiar fast-paced and frantic game-play that is synonymous with the genre very much a central part of ITTA. The gameplay, when combined with the art style and emotional backdrop, looks to be a unique combination that sets it apart from recent entries in the bullet-hell genre. While many games have utilized a similar art style in recent years, it’s clear, even at an early glance, ITTA makes use of this in unique ways, with its reserved use of color and somber aesthetic, which feed into the game’s central themes of hope and despair. 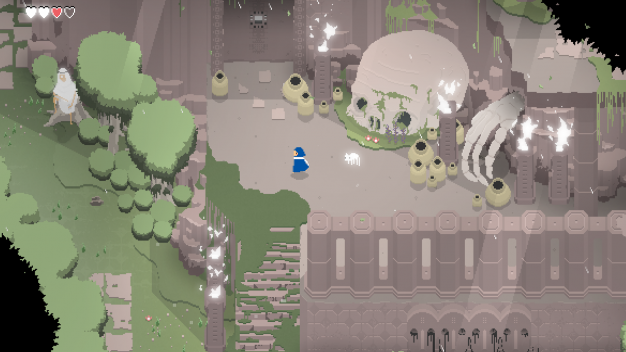 Jacob Williams, the sole developer at Glass Revolver, drew inspiration for the game from his own personal struggles, designing the game while staying in a psychiatric ward in 2016. This inspiration can be seen clearly in the early glimpses of the world and the central themes of despair and hope that resonate throughout the screenshots and footage of this game. 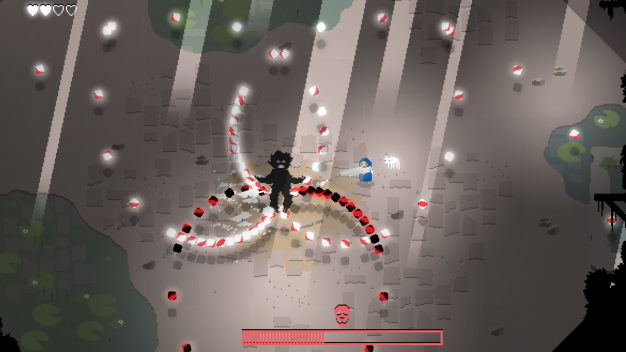 ITTA is so far looking to be a very interesting game and is certainly one that I will be keeping an eye on in anticipation of its release on both PC and Nintendo Switch later this year.

The Steam page for ITTA is now live and can be found here.

More information can be found on ITTA, as well as other games from Armor Games, here.