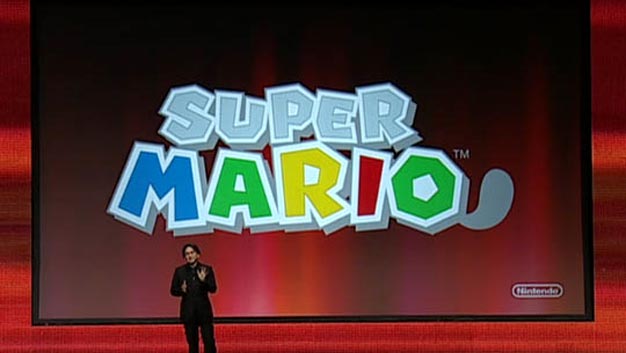 Nintendo’s Satoru Iwata took the stage at GDC today to reflect on 25 years of Nintendo heritage, as well as look ahead to the future. The 3DS is on the horizon and with it will come (shocker) a new Super Mario game. Iwata disclosed that it’s in development by the team behind the Super Mario Galaxy franchise, and will follow the mold of past 3D platformers like Super Mario 64.

The primary element shown was what Iwata dubbed a “temporary” logo” of the title, “Super Mario.” A tail resembling the raccoon suit from Super Mario 3 accentuated the ‘o’ in Mario (image above via).

Iwata flashed a devilish smile and stated more will be revealed at E3.