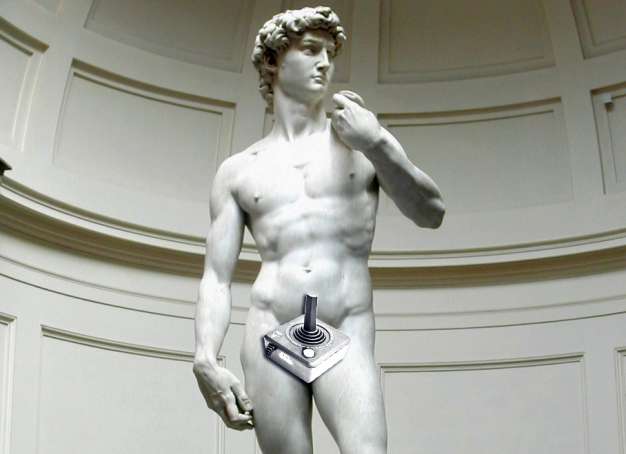 “The Joydick is a wearable haptic device for controlling video gameplay based on realtime male masturbation.” I love that they specify “realtime,” ’cause it’s already sad enough wanking it to Atari classics with the shadowy figure of another man looming just off camera, let alone suddenly jizzing your pants several hours later on the subway ride back to your empty studio apartment. As demonstrated in the NSFW video posted after the jump, the carefully designed strap-on interface slides over one’s man parts, allowing for four degrees of movement and rapid fire button presses via a separate ring that senses hand-strokes. It’s all about the hand-strokes.

SF Media Labs’ web site provides a list of the essential ingredients required to make your own Joydick, though they fail to deliver the obvious warning: if you ever plan on having children, do not try to play Tetris.