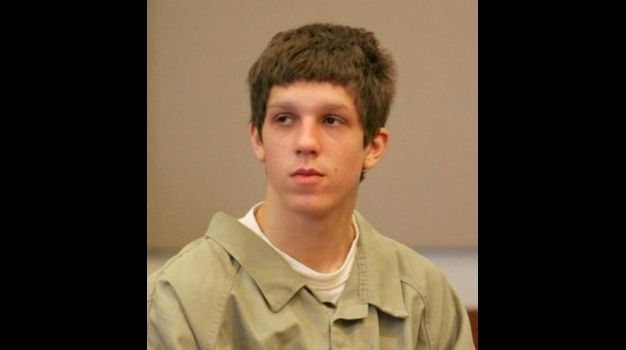 As gamers, when we read a headline like “Teen convicted of killing mother over video game,” we cringe. Not only has some freak shot up his family, but his lawyers and certain media are screaming that videogames made him do it or at least were a major influence. This, of course, is exactly what defense attorney James Kersey did.

Daniel Petric, then 16, was upset that his parents wouldn’t let him play Halo 3. Petric was described as an addict who would play 18 hours a day if permitted. Things got worse when they caught him with a copy he had snuck out to buy and locked it in a safe. A month later he stole his father’s key and took back the game along with his father’s 9mm handgun.

Petric walked into the room his parents were in and asked, “Would you guys close your eyes? I have a surprise for you.” Mark Petric, a minister at New Life Assembly of God in Wellington, Ohio, testified that he expected a “pleasant surprise,” closed his eyes, and then his world went numb. His own son had shot him in the head. From where he lay, Mark could see that his wife, Susan, was dead from gunshots to her arms, chest and head.

Young Petric then tried to press the gun into his father’s hand in an effort to make it look like a murder-suicide. However, he was stopped by the arrival of his sister and her husband. Heidi and Andy Archer forced their way into the house when they herd Mark Petric moaning. Daniel Petric willingly gave up the gun and fled, taking with him his Halo 3.

Common Pleas Judge James Burge seemed to have taken the defense’s argument saying, “It is my firm belief as a human being, and not as just a jurist, that Daniel does suffer from a serious defect of the mind.” He went on to describe Halo 3 and how it created a “delusional environment” in which he thought his parents would re-spawn like the game characters and that giving them this temporary death would only show them how serious he was about wanting to play the game.

On paper it seems like this is a win for the videogame industry, but from the comments made by people in the trial, the industry could have just got off by a technicality. So, Petric didn’t qualify for Ohio’s legal definition of “insanity,” but does that mean if this had happened in another state Halo could be considered an accomplice? Ok, maybe not so far as that, but seriously could this case be brought up as an example again later?

Burge thinks so and that eventually it will be a valid defense. He is even asking that a third mental health expert examine him before sentencing — this, of course, would be because the first two experts determined he wasn’t insane, including the one he had confessed to on having thought about killing his parents for at least a week before committing the act.

Mark Petric has forgiven his son and the family wept and hugged Daniel after he was found guilty. The family even tried to get the prosecutor to allow him to plead guilty under lesser charges, but he was unwilling to do so.

When asked about the case representatives at Microsoft only issued the following statement: “We are aware of the situation and it is a tragic case.”