I’m not ashamed to admit that I’m a bit of an 80s nerd. I was very young during this decade but I have enough fond memories to make it stand out into adulthood. There was just something so wonderfully cheesy and overly optimistic about the 80s that it has to be loved. This is the decade of big things. Big ideas, bigger hair, and truly gargantuan shoulder pads. This is also a decade featuring some of the best and worst tv and film had to offer, and it was here that they perfected, (in my opinion,) the slasher movie. From Nightmare on Elm Street to Friday 13th if it didn’t have at least 6 progressively further reaching and unbelievable sequels it wasn’t doing its job properly. These movies were gory, scary and if you look back now, kinda funny. I promise I’ve not gone on one of my rants and left the subject of gaming entirely. Today we’re talking about Killer Frequency and you’ll see what I’m blathering on about when I get there.

Killer Frequency is Team 17’s first development foray into the world of VR. This horror-comedy is set to be appearing on your Meta Quest 2 consoles and Steam via flatscreen mode at some point later this year.

Set in a 1980’s mid-American town, Killer Frequency will see players take the night shift at the local radio station. The halls of this station aren’t being stalked by a psycho looking to end the staff and, in a surprising deviation from the norm, your job will be slightly different in that it isn’t simply to survive. You’ll be in the hot seat as you attempt to help your listeners as they are stalked by a mysterious masked killer. 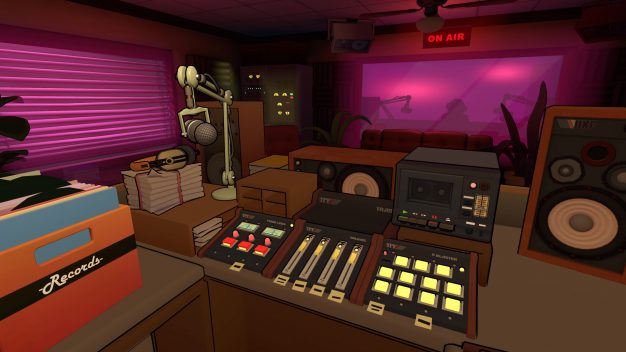 As the gruesome night unfolds you’ll interact with callers using a variety of conversation options while listening carefully for clues and information. You’ll also need to solve puzzles around the station which will aid you in preventing each caller’s grisly demise. Amongst all of this, you’ll need to remember that you’re still the DJ and will need to keep the station running with a variety of 80s-inspired tracks. If you fancy taking a break from all of this you’ll also be able to explore the station building and interact with authentic items from the era including a working turntable and cassette deck. 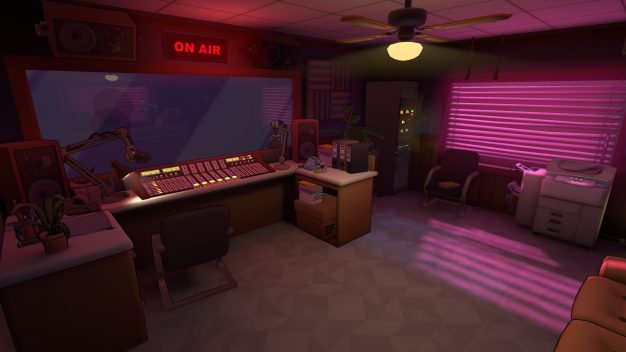 You’ll need to think on your feet if you’re going to be able to help your listeners get through the night. In Killer Frequency, it won’t just be potential victims that you’ll need to worry about. This killer isn’t stupid and you’ll also have to keep your ears peeled for calls from potential suspects too. A mix of your investigation and puzzle-solving skills and, of course, the choices you make will lead you to one of several endings. Don’t expect them to all be falling in your favor though. 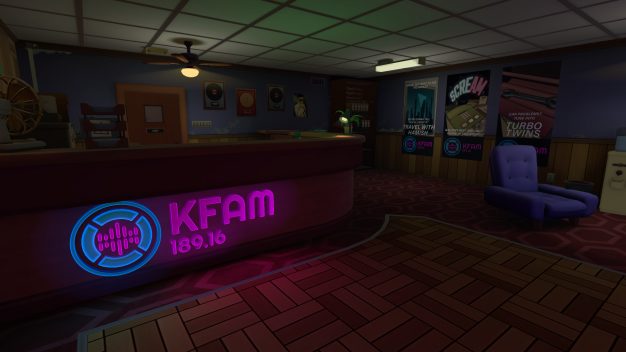 If you’re looking for larger-than-life voice acting, a dose of horror-comedy, and a great big love letter to the 80s, Killer Frequency may well be your jam. It’s so nice not to be the target for a change but a bigger weight is going to be on your shoulders considering other lives are at risk and the fates of the night crowd will depend entirely on you.