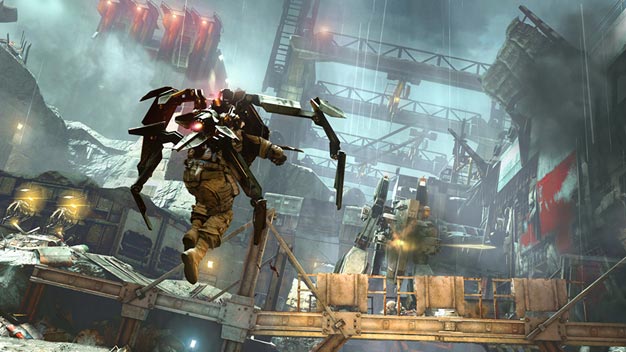 The next DLC map pack for Killzone 3 is almost here. The Steel Rain pack will be released on PSN this Tuesday in the US for the spiffing price of $4.99.

Steel Rain adds two new maps to the game’s multiplayer component. Junkyard is up first, a 16-player map for the Guerrilla Warfare game mode, while Stahl Arms is a 24-player map for Warzone matches. Both feature environments from the game’s single-player campaign along with jet packs and mech suits.

No word on if the UK release will follow on PSN this Wednesday but it’s a safe bet that it will.