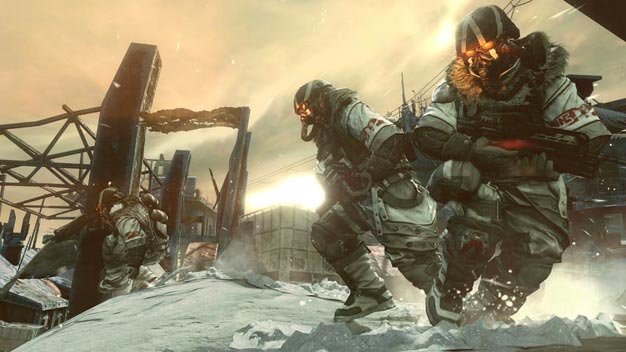 We know that Killzone 3 preview code is out there right now, giving people a new glimpse at the game past the snow level that’s been shown countless times now. We also suspect that, despite previous denials, the game will indeed have a co-op mode. This leaked image from the game looks to finally confirm it.

The screen shows a split-screen mode where two players are facing each other. Their characters are Sev and Natko, two of the main characters in the story. That would seem to suggest they’re playing cooperatively, but how? Story mode? Multiplayer? Online? Offline? Fingers crossed Guerrilla will let the cat out of the bag soon.