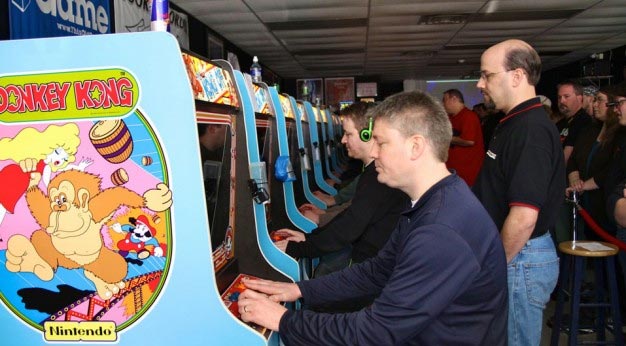 Arcade arch nemeses Steve Wiebe and Billy Mitchell battled once more for the title of Donkey Kong champion in a sixteen-way face off between North America’s best players, but when the dust from the broken barrels finally settled, neither could claim the crown.

That honor goes to New York plastic surgeon Hank “Doctor Kong” Chien, who defended his current world-record holder title – a Twin Galaxies-certified score of 1,090,400 – and bested both The King of Kong: A Fistful of Quarters stars in The Kong Off at Richie Knucklez Arcade Games in New Jersey. Chien reached the fabled Donkey Kong kill screen with a winning score of 994,400, with Weibe finishing second with 986,900 and Mitchel finishing seventh with 821,200.

If they had made an arcade cabinet version of Wonder Boy, I’d be the only beating back throngs of documentary filmmakers, but they didn’t and I’m not, so a tip of my bright red newsboy cap to Chien!