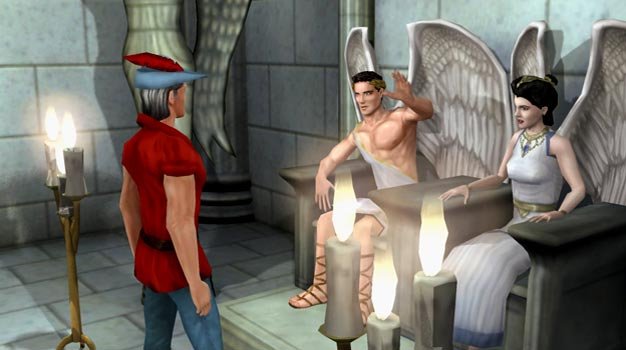 It’s been a long time coming, but two cease and desist notices and ten years later, the first episode of The Silver Lining — the fan-developed sequel to the King’s Quest series — is now available for download. For free.

What Is Decreed Must Be is the first in a series of five episodes scheduled to appear this year and puts players back in the shoes of King Graham, the protagonist for the majority of the original series. The development team at Phoenix Online Studios has created a wholly original story with an aim to provide closure to the King’s Quest story arc.

The Silver Lining is considered to be one of the most professionally-made fan games to date and features its own original musical scores, sound, and voice acting throughout. The game returns to its original adventure-style gameplay and setting of the Land of The Green Isles, pitting King Graham against a mysterious stranger in a bid to save his kingdom and family.

No official word on whether we’re likely to see The Silver Lining on any other platform than PC in the near future, but considering how long it has taken to develop already, it would be surprising to find this on a console any time soon.

About the author: Dan Lazarides

A Londoner who doesn't go anywhere without his NES belt, I have an obsession for all things Japanese videogaming. Been gaming since I was about two years old and been hooked since playing Indiana...  Read more...