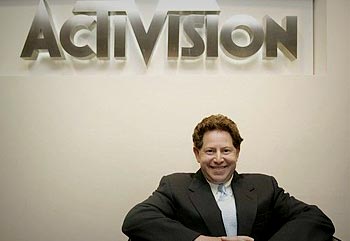 The slowing economy is going to mean consumers will have less money to throw around at things like shopping or going out and will have more time to spend at home. While this seems like bad news for all, videogames however, which have potentially limitless playability compared to the 2 hours of a film and don’t require you to go anywhere but to the fridge for Doritos, could find the slowdown to be a blessing in disguise.

With the EA’s takeover bid for Take-Two unresolved, Kotick also expressed his worry as to how much power any acquisition would give EA in the sports genre.

He said, “That’s concerning, sure. When you think about one company in control of the sports category, with no competition from anybody else, that could be a challenge.”