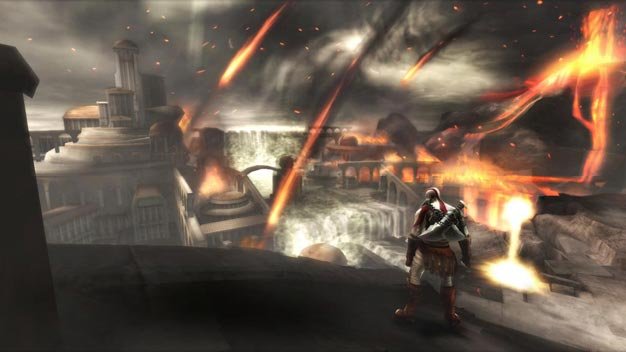 Sony’s announced a new game in the Kratos saga: God of War: Ghost of Sparta for the PSP.

Coming from Chains of Olympus developer Ready At Dawn, the game takes off where God of War left off and tells the tale of Kratos’ ascension to power as the God of War. Along with 25% more gameplay, players can expect to explore “depths of scale never-before-seen on the portable platform,” some of which is on display in the first screenshots below.

“Excitement for the God of War franchise is at an all-time high and we’re thrilled to continue that momentum with God of War: Ghost of Sparta,” Scott Steinberg, vice president, product marketing, SCEA, said in the announcement. “This new adventure will showcase Kratos on PSP like never before in an experience that fans and newcomers can enjoy on the go, anytime, anywhere.”

The game’s out “later this year”. Expect tons more during E3.