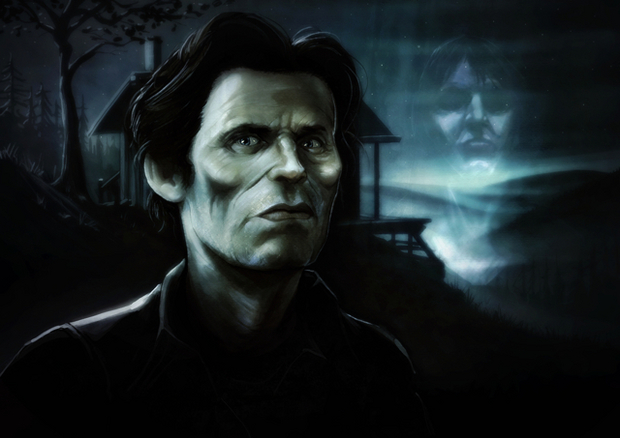 Danish director Lars Von Trier’s Antichrist polarized critics at this year’s Cannes Film Festival with its explicit depictions of mental, physical and sexual violence, culminating in a “preferrably unwatched” scene of self-inflicted genital mutilation. Don’t even get me started on the talking fox.

But even more ballsy and batshit is developer Zentropa’s plans to adapt the Charlotte Gainsbourg and Willem DaFoe-helmed film into a videogame. According to Film, by way of Danish website Politiken, Eden will be a first-person thriller/adventure PC title that challenges players to confront and conquer their fears, which they will reveal at the start of the game. Creating this “nightmare version of Myst” seem almost as ambitious an undertaking as the movie, which revolves around an unnamed married couple who retreat to their remote cabin in the woods, the ironically named Eden, after the tragic death of their young son. The husband, a psychotherapist, believes he can treat his wife’s deep depression on his own, and starts by checking her out of the hospital, chucking her medication down the toilet and subjecting her to increasingly twisted talk therapy. She in turn subjects him to the business end of a power drill.

Though Dafoe will reprise his role via voice-over, the game will reportedly not follow the events of the film, a real shame for fans of pornographically explicit sexuality, extreme torture and genital mutilation both male and female. But there’s still hope for fans of cryptic, creepy talking animals.