You may be surprised to hear this from me, quite possibly the biggest Zelda fan on TVGB, but I never actually played much of Link’s Awakening on the Game Boy. I remember getting the DX version alongside the Game Boy Color, and while I did play the game, I mostly stuck to wandering around and playing the minigames. I was a kid, and that was enough for me. Nowadays, things are a tad different. Link’s Awakening is my boyfriend’s favorite game in my favorite series, and we’ve already tackled a couple of early Zelda games before now. The announcement of this remake got us really excited, but also made me wonder: would a straight remake of Link’s Awakening have enough substance for a $60 game? 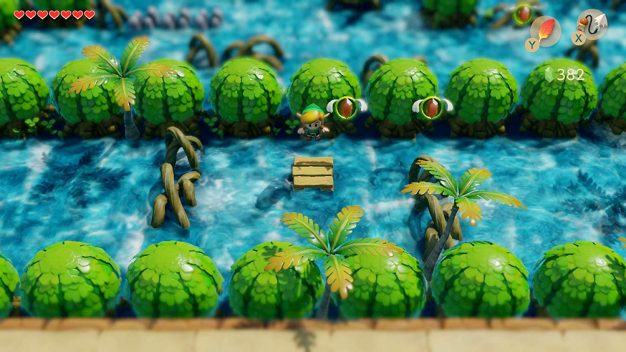 That is what we’re working with here. The new version of Link’s Awakening is almost a one-to-one recreation of the original, even down to the strange decision to have Link only move in eight directions. So while this is usually the point in my reviews where I go over the game’s premise and gameplay, I’m going to assume that you guys know how this one works. There have been some tweaks to the gameplay that I want to address, though.

Remember how the Game Boy only had two buttons? In the original, you would have to juggle all of your items (including your sword and shield) between A and B. Fortunately, Nintendo was not so lazy as to keep this control scheme on the Switch: while there are two buttons for using items, the sword, shield, Power Bracelet, and Pegasus Boots have dedicated controls. The only thing that still bothers me here is that we don’t have a dedicated button for the Roc’s Feather. I don’t think I’ve ever taken it out of one of my item slots, as it comes up fairly often. 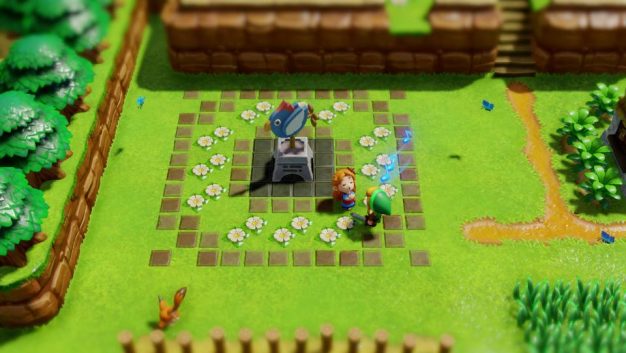 Beyond the control layout, there are some welcome improvements here to make the game less frustrating. The ocarina song that used to warp you to a specific point can now be used for fast travel to any teleporter you unlock, making it much easier to get around the island. And since it is a Zelda staple at this point, you can finally catch a fairy in a jar. The minigames I loved as a kid have been expanded and upgraded, for better or worse. The crane game’s new physics-based crane can be…temperamental.

So far, I haven’t mentioned anything new, and that’s because there really isn’t much. The big new feature for this remake is the Chamber Dungeons, which allow you to make your own dungeon out of tiles from the ones you’ve already cleared. This…doesn’t work very well. You’re stuck with the rooms exactly as they are in their original dungeon, including the number and position of exits. Because the doors always have to line up with something, it’s easy to build yourself into a corner. 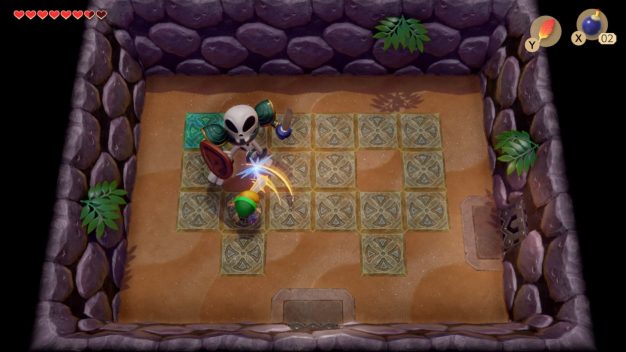 There aren’t that many tiles to use, especially early in the game, so your ability to build is extremely limited. The menu for selecting tiles also shows only a small thumbnail as a preview, so outside of tiles from the returning Color Dungeon (being brightly colored), it’s hard to know which tile you’re even choosing. This is not the Zelda version of Super Mario Maker that we all wanted, and I really hope Nintendo expands on this concept.

So, if the Chamber Dungeons don’t really work, what is there to draw in players who have traversed Koholint Island before? The answer is, the visuals. I’m serious; the toy-like visual style is not only adorable, it also helps the island feel vibrant and whole. There’s no more navigating screen-by-screen, so you can always see much more of the world around you than you could in the original versions. So while it looks like a kid’s toy models, it also looks like sprawling island. It’s quite charming, and adds new details that the Game Boy couldn’t even imagine. It also makes the borrowed Mario characters that much more obvious, but Nintendo seems to be leaning in to that part of the game. And hey, it’s the first time we’ve ever seen a 3D model of Wart! 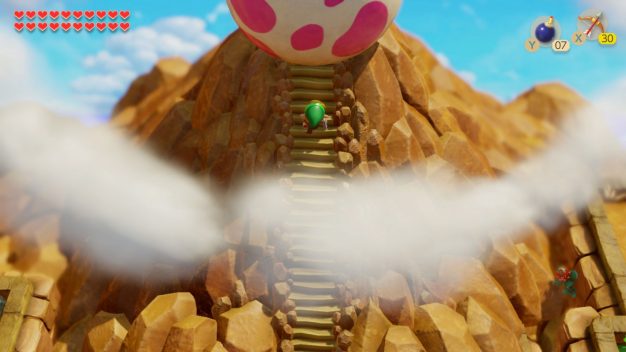 But now we have to get back to my original question: is this enough content for a $60 game? There’s no doubt about it: it’s not. Let’s not forget that the masterpiece that is Breath of the Wild is available on the same system for the same price. Don’t get me wrong, I absolutely recommend the game; it’s a great remake of a great classic. While most of my review is based on changes from the originals and its price, the scores below represent the game itself. So give it a try, but don’t pay $60 for it. They charge that much because they know we’ll buy it anyway, but stay smart and wait for a sale.