Games that don’t sit in a fixed genre are a weird and wonderful thing. I’m not talking specifically about sandbox games here. These are different because they can follow a very specific theme and just throw the script out of the window, letting you do what you want in that setting; this means that they can still have a discernable genre. I’m talking about games that throw a bunch of different things into the mix. A game can be a base builder, a dungeon crawler, and a farming sim all at the same time. It comes down to how much of any one of these things you’re doing that fixes that game in a genre. If this is all rather evenly balanced then you have a different animal entirely and this is where I’m going here. This is also where Len’s Island appears to be going and this, assuming it’s all been evened out correctly, is a beautiful thing.

Len’s Island is working its way into Steam Early Access and is definitely going to be giving you plenty to get involved in. This is a game that is really going to let you play things your way. If you want an easy life you can build yourself the home of your dreams, and while away the hours tending your crops. Should you be looking for something a little more adventurous you can just as easily strap on your backpack and for an explore. We aren’t just talking about a hike in the park here. You’ll want to strap on your sword as the island is full of mysteries and that means danger. If you like a good dungeon crawl the island is going to have plenty to offer. 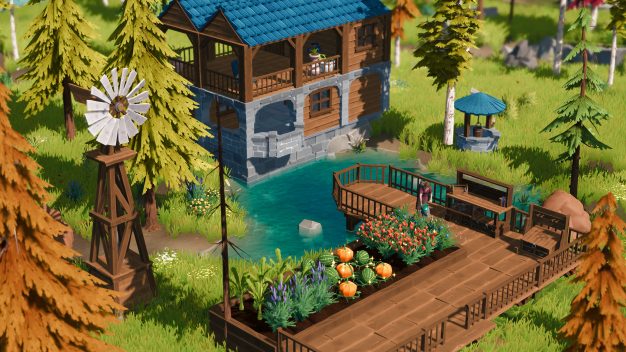 Coming back to my initial point here, Len’s Island is an action-adventure, dungeon delving, island sim game. These might seem like an odd combination of genres but the two very different styles of play are working hand in hand here. Once you’ve given your creative flair a good airing and built your perfect island home you might want to set about doing a bit of farming. All this is the island-sim style that a lot of you have probably experienced in the past and thus know and love. The thing is, there are dark caves and dungeons filled with less than friendly residents beneath the relatively placid surface. You’ll want to grow the provisions you’ll need when you venture into the gloomy places below ground. You can also sell your crops to the local villagers. It’s important to note that you’ll make friends on the island and not all of its inhabitants want you dead. 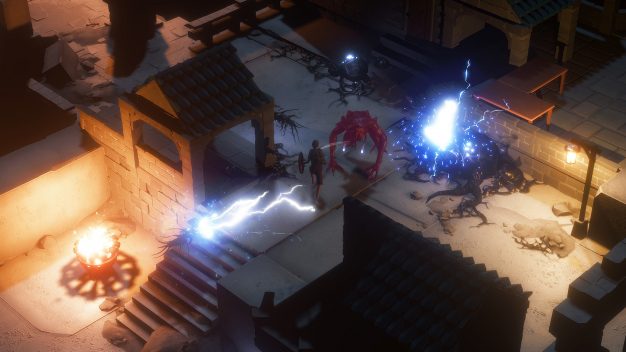 The dungeon crawling that takes place in Len’s Island absolutely isn’t an afterthought. This is a very skill-driven combat system that will allow for many different fighting styles. As with various other games, your build is important. To allow for fluidity you can expect a fully customizable loadout system that will offer multiple combinations that work to the way you play. There is plenty of adventuring to be done both below ground and above. This island is a mysterious place so those of you that love to uncover a good secret should be very much at home. 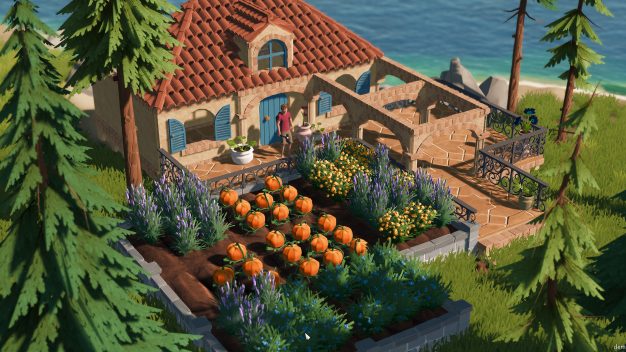 “I started on Len’s Island as a solo project 4 years ago with the ambition of developing my vision of the perfect game!”, commented Julian Ball, owner of Flow Studio. “Following the Kickstarter campaign, we’ve been able to build an international team who have helped me bring this vision to life. The guys have injected so much love and energy into Len’s Island, I believe that together we’ve crafted a beautiful, immersive, captivating, and meaningful experience which we just can’t wait for people to discover.“ 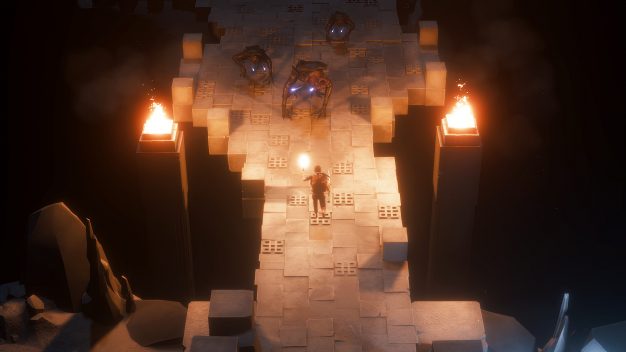 If you’re like me and love the ability to lend your hand to more than one thing in the same game, Len’s Island might be a very interesting way to go. If you want to get involved in this Island Sim come RPG just head over to Steam now and grab your Early Access copy. At £19.49 for us UK folk, or $24.99 for our US friends out there you should get a fair bit of bang for your buck.